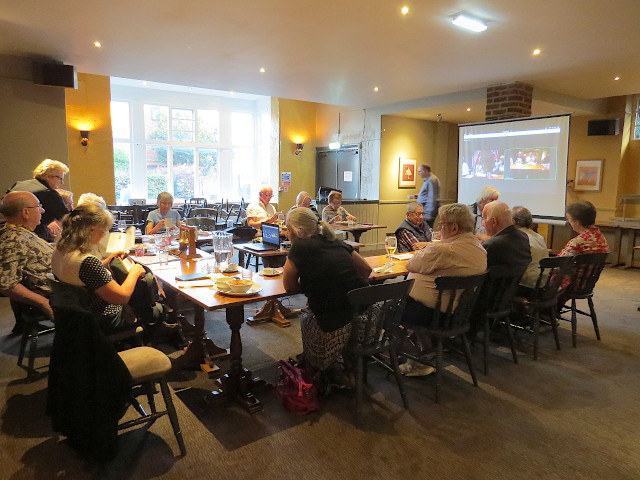 Our meeting on Wednesday 03 August 2022 was a Fellowship Meeting at which there was time for news and events to be discussed.

Our Treasurer had been contacted by a friend of the Club who, while driving their car and 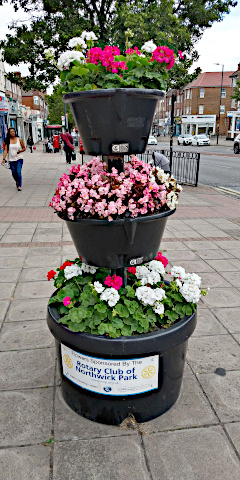 being stuck in traffic, had witnessed a member of the public stealing from our 3-tier  street planter in Kenton Road, placing the plant in a plastic bag, and then moving on.  Our friend was outraged by the theft.  The friend drove on and then managed to turn round by going round a block.  The friend parked up and was able to confront the thief and get the plant back, still in its bag.  The friend then drove back to the planter and replanted the stolen plant in the hole that had been left behind.  Our friend was also able to photograph the thief and has submitted the picture and a full report to the authorities.  The Club is enormously grateful to our friend, and a Certificate of Appreciation from the Club was agreed unanimously.

There were several other reports including a donation to the Club from a clearing bank following our treasurer reporting a system error that the bank had made!  Also the Club had succeeded in getting an item into the local newspaper following our day out for children with learning difficulties. 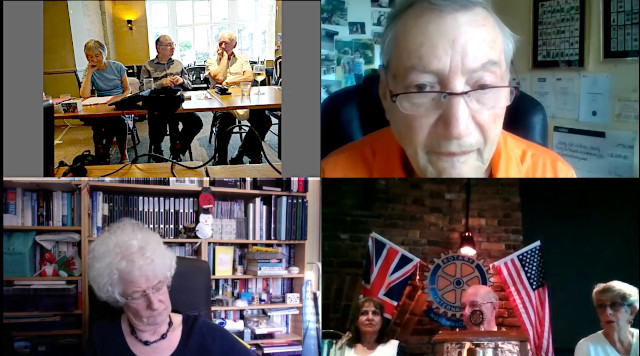 The Club is a user of Zoom software for the online meetings, and the announcement by the company that it plans to block old Zoom Client Programs from 06 August 2022 was explained.  There were also several news items on former club members and their health.

The programme of Club Events was also extensively updated.

Our objective of having a Fellowship Meeting turned out really well!