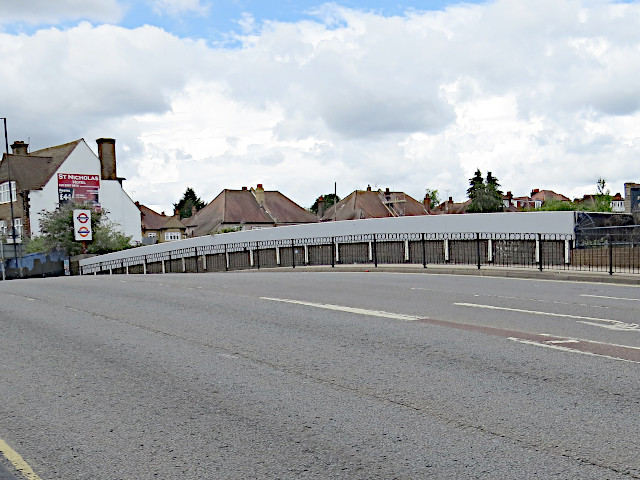 On Monday 27 June 2022, members of the Club went to the normal Meeting Place in Kenton for a public engagement session for a mural on the North side of Kenton Bridge. 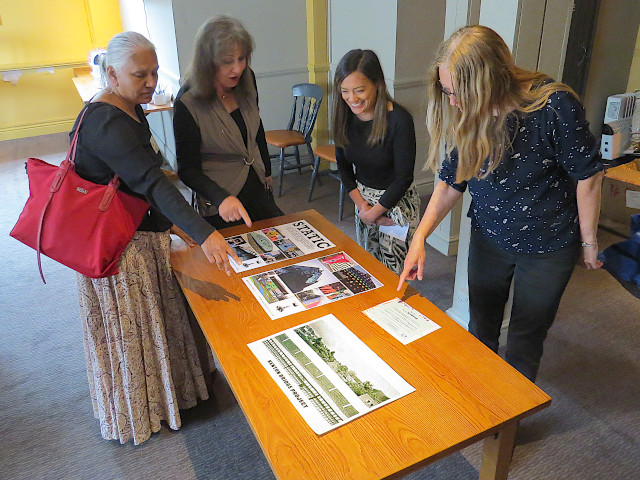 Kenton Bridge spans both the Bakerloo Underground Line, and the main lines that run from Euston Station in London to the North West of England and the West Coast of Scotland.

The white boards on the bridge represent an excellent ‘canvas’ for a mural, and the Harrow London Borough Council are involved in managing the project.  Kenton Area Traders Association and Rotary were both represented at the session, and the commissioned artist was represented as well, collecting ideas to assist with their interpretation.

There is a North Harrow, a South Harrow, a West Harrow and even a Harrow on the Hill.  But there is no East Harrow because it is known as Kenton.  The Club was delighted to be asked to the session, and hopefully made some suggestions that will prove useful to the artists – “Static”. 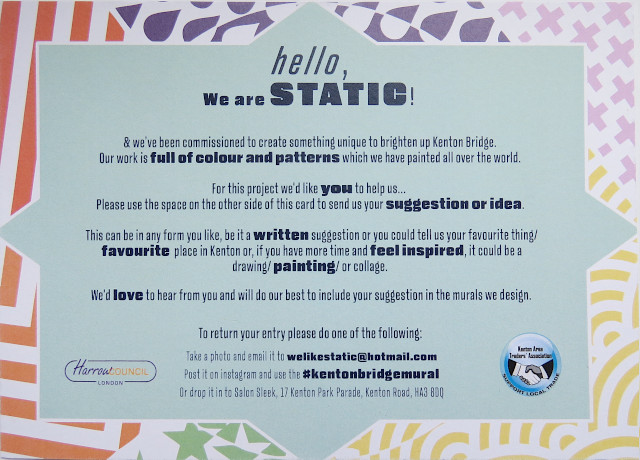 A competition for the content of the mural will be run with the winning ideas being passed to the artists for their interpretation.  Members present at the session now have an appreciation of how difficult it is to create public works of art that gain a popular appreciation.!