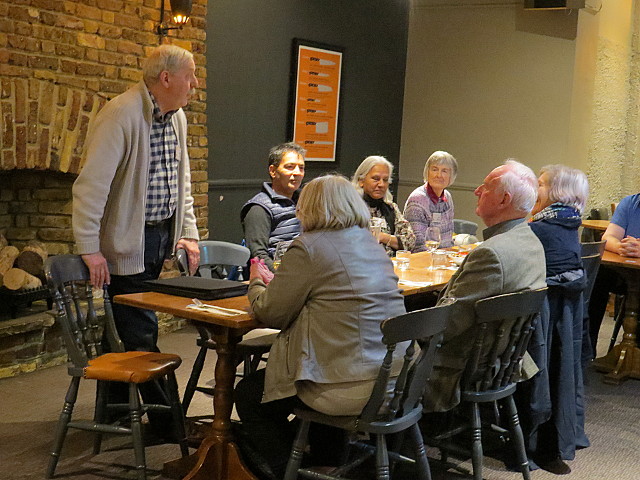 Our meeting on 16 March 2022 was a face to face meeting with a speaker – our own President Elect, Nigel.  But before he spoke there was some Club business to work through.

There was an update on the situation in Ukraine, and the assembly of the aid going the Moldova in the next few days – ferries permitting!  A financial donation was received from a Rotary connection in Canada, and many other Clubs in the London Area are supporting our friends in Felsted Aid for Deprived Children.(www.uk-aid.org).  With two former magistrates in the Club, there was interest in the Judicial Retirement Age Bill which had obtained Royal Assent, allowing magistrates to continue to sit until age 75.

With the retirement of the member responsible for the bottle tops project for London Air Ambulance (https://www.londonsairambulance.org.uk), the new arrangements were discussed and put in place.  The members are very pleased that the project will continue.  The Fellowship Cup was awarded to Sydney who has taken on some of the retiring Rotarian’s duties! 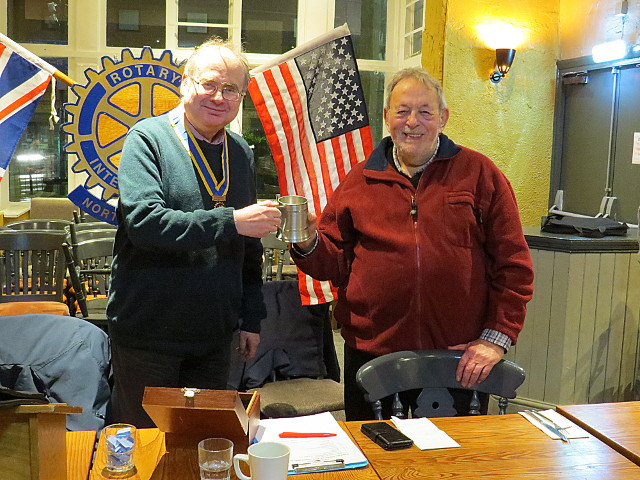 It was then time for our speaker.  Nigel had had a fear of flying for many years and had attended a course for passengers, run by British Airways.  However, when on a business trip in Australia in September 1999, he had flown home with Quantas.  A stop-over with refuelling was scheduled for Bangkok, but the arrival in Bangkok did not go according to plan.  The pilot’s attempt to ‘go round again’ after an enormous gust of wind as the plane was on its final approach was not successful, and the plane ended up off the runway without its undercarriage, as shown in this photo from The National newspaper from Australia. 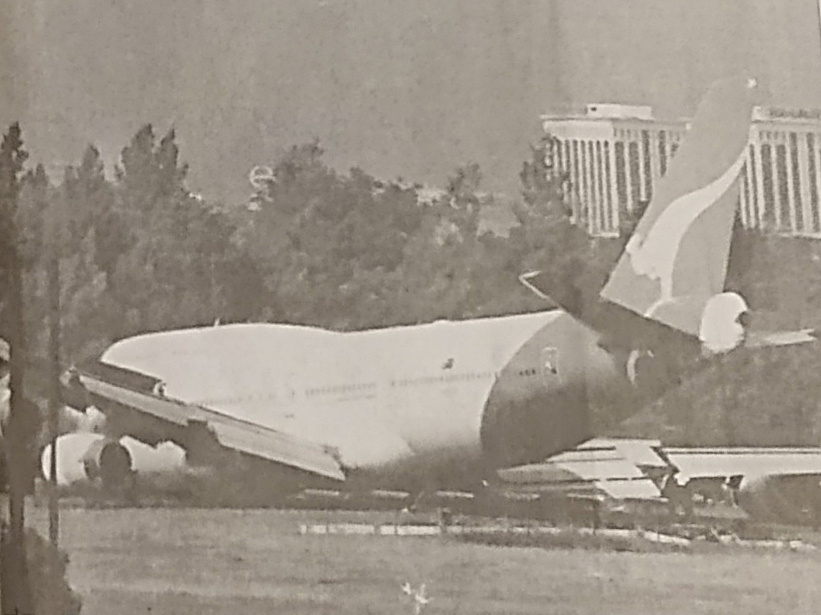 Happily, there was no fire and everyone was able to leave the plane safely.  Nigel always travels wearing a jacket in which he keeps his passport, foreign currency, tickets, id and so on, and he was able to manage whilst waiting for a new flight.  Those that kept those things in their luggage had to wait 2 days as the landing had twisted the fuselage resulting in it taking 2 days to open the doors to the luggage holds.  Nigel advises all Rotarians to wear a jacket when they travel so that they too will be able to cope if a disaster strikes.

This was a memorable talk given by an expert public speaker, and much appreciated by the members.