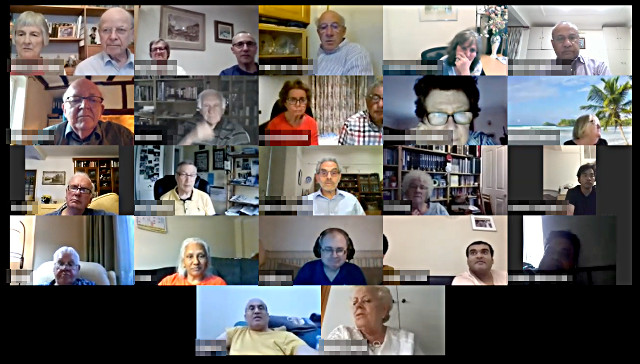 Our meeting on Wednesday 02 June 2021 was a meeting with a Speaker – our Honorary Member Melvyn Leach, who told how his cousin Willy had been hidden from the Nazis by kind Belgians during World War II.

Willy had been living in Belgium with his family when they were rounded up on the grounds of being Jewish.  Whilst marching in a column into an area prior to internment, his parents had pushed him out of the column and into the watching crowd, where he had been smuggled away from the Nazis.  A series of safe locations had been found and Willy had been moved from place to place until the end of the war.

In 2014, Willy had decided he needed to resolve the vague memories of his childhood, and with the help of our speaker, he had managed to track down the people and the families that had hidden and protected him from the Nazis.  Some of those that had helped him were still alive, and one case was reported to the Club in detail.  In other cases, it was the children or grandchildren that had kept the records and the photographs, and Willy was able to visit the locations of his childhood, and of the locations in the few photographs he had managed to keep.  One poignant moment was the presentation to Willy of the portrait photographs of his parents, both of them have perished in the Holocaust.

This was a deeply moving but absolutely fascinating history that reflected deeply the family histories of some Club members.