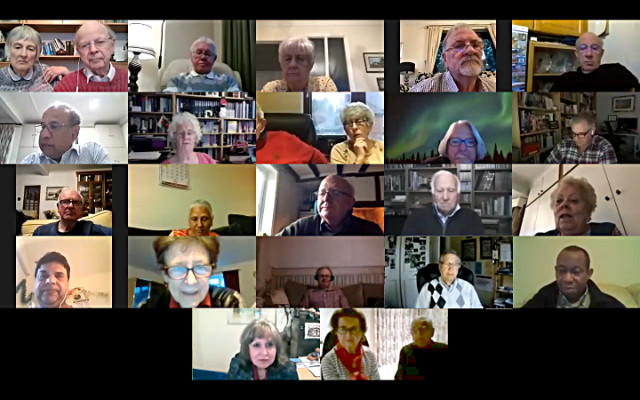 Our meeting on Wednesday 28 April 2021 had two speakers from the same organisation – Pauline Craven and Alan Hillier.  Both are Paul Harris Fellows, and have won a Rotary GB&I Community Champions Award.  Both are working full time for UK-AID (website at https://www.uk-aid.org/), the new name for Felsted Aid for Deprived Children.  The Club will be discussing some serious Rotary Business next week, so we were delighted this week to hear the story behind how UK-AID became involved with the Revival Centre in Chernihiv, North Ukraine. 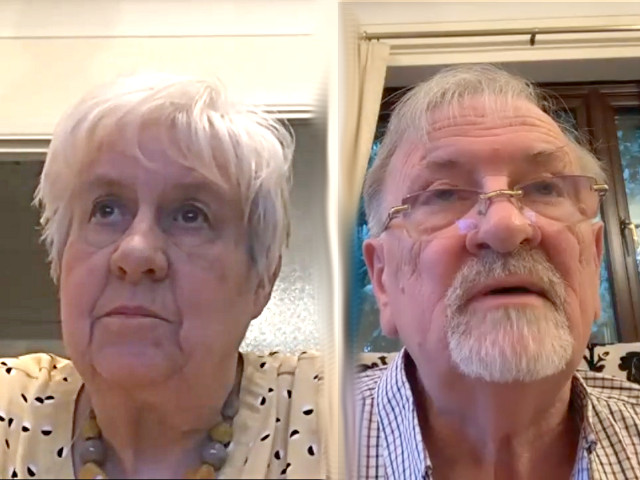 Pauline explained how a chance meeting in a petrol station with a man driving a van full of aid to Yugoslavia resulted in her taking aid their after the internal war experienced there.  With the collapse of the Iron Curtain in 1989, news about what had really happened in 1986 at the Chernobyl nuclear power plant started to filter out.  The first convoy of aid went out in 1993 with 28 people in 16 vehicles, and they managed to find their way there without a SatNav!

Alan joined the convoys in 2000, and has now made 80 trips to the Ukraine with their vans and trailers, delivering 330,000kgs of aid to the Revival Centre in Chernihiv.  The practicalities of travelling through 6 European countries to get to Ukraine is now much harder than it was, and the small van with trailer method has been put on hold.  In its place they are using large trucks from Ukraine which have delivered a load here and would otherwise be returning empty.  With a 40 foot trailer, some 30 tons can be loaded, and the aid is very much appreciated and handled carefully by a team of 4 workers at the destination.

This was an excellent talk, and the Club has pledged its continuing support for UK-AID.

The Club is looking forward to being able to resume its normal face-to-face meetings in September this year, government regulations allowing, but in the meantime, the Club continues to meeting regularly on Zoom.