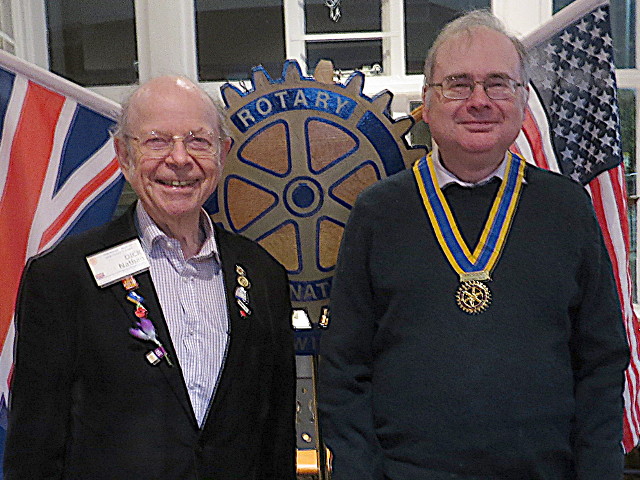 Our meeting on 27 October 2021 had two speakers – one at the meeting and one by courtesy of a TEDx Talk given by Karl Drage, who had spoken at an event in Leamington Spa in November 2019.

This was a face to face meeting at our venue but with a limited number of attendees, in part owing to members shielding or being concerned not to spread the normal winter illnesses to their fellow members.

Before we saw the video, there was a short presentation on some of the topics raised in the video from the Club Webmaster, Dick, who suggested some simple home experiments that demonstrate some of the principles behind using a heat pump to provide domestic heating.  This acted as an introduction for those that had somehow missed Physics at school, or managed to forget what they had learned.

We then watched the Karl Drage talk where a new method of operating the supply of energy for domestic heating was described.  Using ‘Energy as a Service’ was the key message from the talk, and this led to examples showing how on-demand electricity from renewable sources could substitute for the burning of fossil fuels.

The talk can be found at: https://www.youtube.com/watch?v=ZBMRFQ00NKc

This was an interesting presentation that led to many questions from the members.