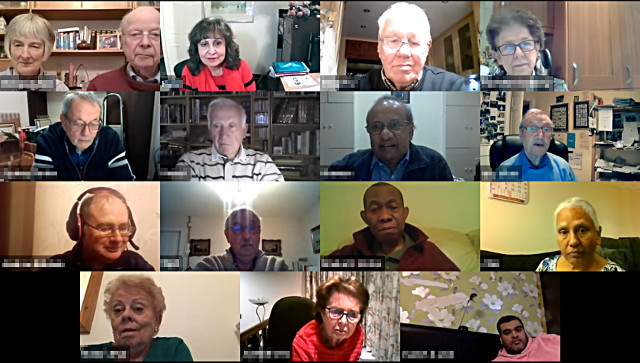 Our meeting on 13 October 2021 was a business meeting at which projects and reports on progress were discussed.

After reports on the welfare of various members, and several reports on visits to other Clubs, we had several items of good news with which to encourage ourselves, including final arrangements for attending the District Conference in Eastbourne.  It has been two years since we were able to meet up and discuss projects and ideas across the London District.

Amongst the topics discussed were the plans for fundraising for our charitable projects over the Christmas period, the plans for the Club’s Christmas and New Year meals, and a decision to hold an on-line Bingo Night.  We also heard about the sale of charity Christmas Cards that benefit Rotary, and the Purple Crocus Corms that need to be planted this autumn.

There were updates on the Club’s Lend With Care Loans, with four new projects being supported in Zambia (2) and Ecuador (2).  Matters dealing with the regular operation of the Club, and with the plans for expanding our membership were also debated.

We now look forward to an interesting and stimulating District Conference in Eastbourne where speakers include the Chairman of the Executive Committee of Rotary in Great Britain and Ireland, broadcaster David ‘Diddy’ Hamilton and actor from A Touch of Frost and many other shows John Lyons.  Also our speaker next week is an international professional speaker talking on our oceans and what is happening there.