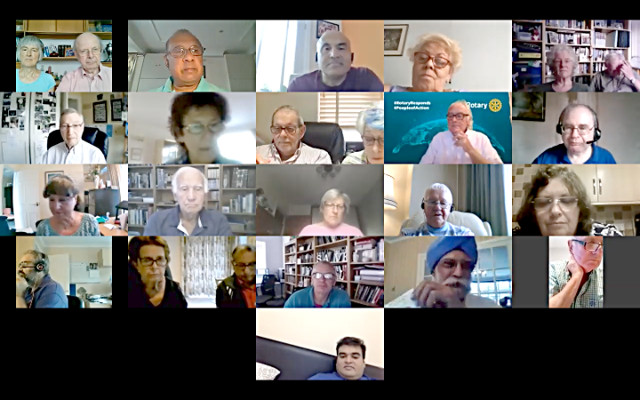 Our speaker on Wednesday 05 August 2020 was an illustrious Rotarian who had worked his way up from New Rotarian to Main Board Director and Chairman of the Executive Committee of the Board of Rotary International – Brian Stoyel. 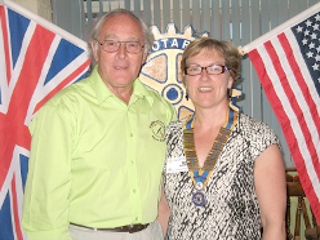 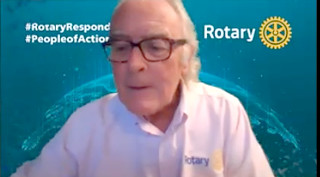 Brian had last visited our Club on 25 June 2014, when Ros was Club President

Brian had a career in teaching and had returned to the West Country in order to set up a business for overseas students.  At that time he had been invited to join Rotary, and he had gradually worked his way up to District Governor.  He was delighted to see Jane at the meeting who now lives in that part of the world.

From District Governor, he had moved up to RIBI President, then became a Trainer at Rotary International, and was finally elected a Director on the main board.  Whilst on the Board, he had fulfilled many roles, and taken advantage of the opportunities to travel around the world, whilst representing the President of Rotary International.  His talk produced many questions from the members.

The Club agreed to support an appeal towards the cost of delivering aid to Chernihiv in Ukraine from the Club’s Charity Fund, and there was an appeal to support the Hatzola Ambulance Service fundraiser.