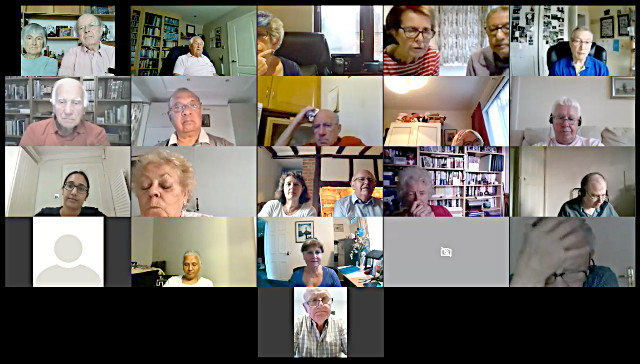 Our speaker on Wednesday 29 July 2020 was Francis Bartlett, a Rotarian from the Cookham Bridge Club and a Numismatist.  There was some business to be sorted on the same evening, and the Club decided to accept the offer from the District Membership Team to sponsor a new type of Rotary Club in London – a Passport Club.

Passport Clubs meet less frequently, focus more on projects and social activities than meetings, have affordable subscriptions, and measure their health by engagement rather than attendance.  Members of passport clubs are encouraged to engage in the projects of their own clubs and the other clubs that they visit (with their Passport).

It was then time for our speaker.  Francis started with an explanation of the origins of
£-s-d, the currency used before the 1971 decimalisation of our currency.  Some members were familiar with the old system, whilst the younger members were foxed!  The explanation of the pounds, shillings and pence and their relationship to each other did engage the members, as did the physical reasons for halfpennies and farthings.

Francis then moved on to the development of currency and coinage in the 14th and 15th Centuries, at the same time holding up a mirror to the current health crisis.  For example, between 1348-1350, when the Black Death struck the country, it is believed that 50% of the population of England died.  The disease returned in 1360-1362 wiping out another estimated 20%.  The population at that time was largely rural, and Norwich was sited as the Second City in England at that time.  With such a significant loss of people, the barter system collapsed and the survivors had to turn to coinage as a refuge for their wealth, based on their surplus crops and the goods that they sold.

This was a fascinating talk delivered by someone who clearly revels in their subject.