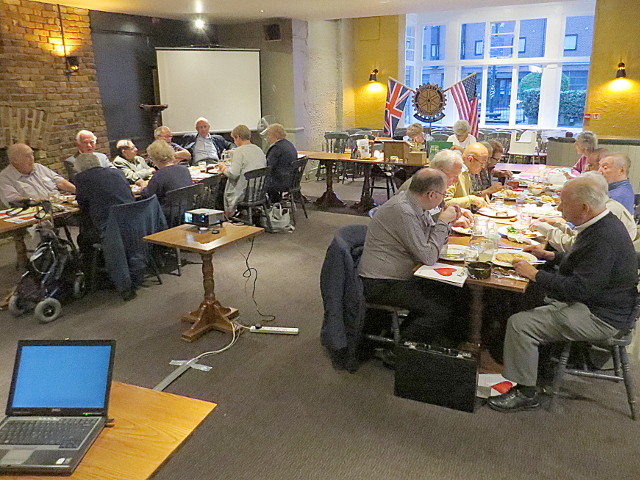 In the past, there have been reports from each of the Service Chairs present, and written reports from those that cannot be present at the meeting,  To lighten matters a little, we had a short video “To Walk With Pride” which outlined some of the problems being faced in Pakistan whilst that country attempts to ensure that every child is immunised against polio.  The tone of the video was quite sombre – Pakistan is facing large quantities of people moving into and around the country – but the dedication of those providing the vaccine to the children was very impressive.

As well as planning for the Blood Pressure Day on Sunday 18 August at Morrisons, Hatch End, and there was planning for the Pinner Village Show on 14 September.  We had the presentation of the accounts for 2018-2019, there was a report on the Global Grant Scholar being hosted by the Club, and a report on the Club’s support for the Rotary Foundation.  One of the most interesting reports concerned the Club’s involvement with the “Lend With Care” organisation, where the Club has a growing revolving fund that is being used to assist small scale entrepreneurs in Philippines, in Vietnam, in Rwanda and in Ecuador to start new businesses.  The Club is working on the local Youth Competitions agenda too, and is hoping to become involved with a local Interact Club – Rotary Clubs for 12 – 18 year old children organised through secondary schools.

Although there was as much content as before, the meeting seemed to skip along.  It definitely seems to be a change for the better.