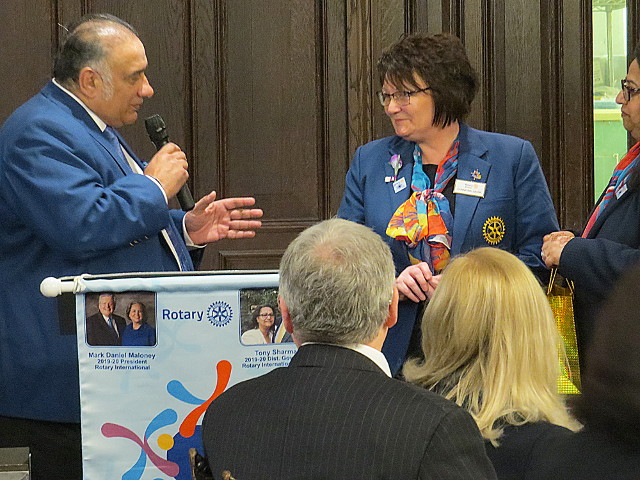 The Imperial Hotel Elizabethan Suite was packed to bursting for the District Assembly Dinner on 25 March 2019.  Rotarians from our Club were present in strength to learn about the direction to be followed by our incoming District Governor Tony Sharma, and also to hear the thoughts of the incoming Rotary International in Great Britain and Ireland President, Donna Wallbank from Brynmawr in South Wales. 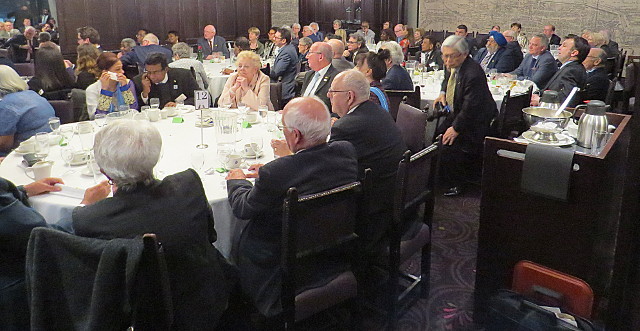 Tony was commendably brief, introducing the District Leaders and explaining their role in the District.  Donna then talked about her own experiences, travelling around the country as a child with her parents, and finally settling in South Wales.  She had experienced much bullying as a child (especially as a non-Welsh speaker).  She had started her own chain of hairdressing salons, and experienced much loneliness whilst getting her business going.  She had also suffered difficulties after giving birth to some of her children.  Rotary had very much come to her aid, and provided a support network of friends for her.  She asked the London Rotarians to offer similar support to people in London, providing new-style Rotary Clubs suited to 21st Century for those people to join.

Our theme next year is “Rotary Connects the World”, and both Donna and Tony called upon the Rotarians to support this theme in all our communities by offering more opportunities through their Rotary Clubs.