There was no discussion! 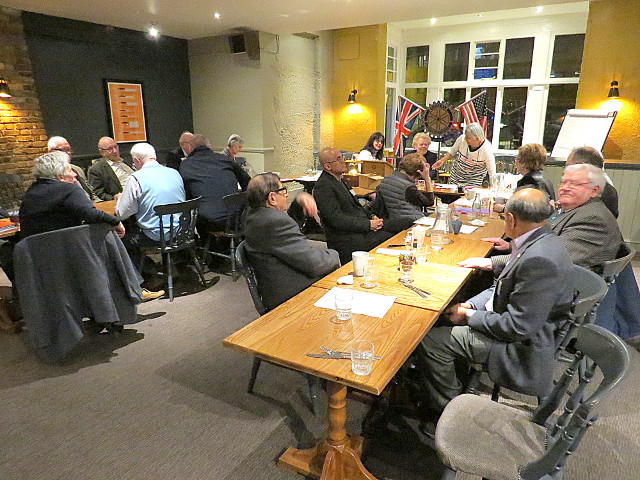 Our meeting on 07 March 2018 was scheduled to be a Discussion Meeting, but in the event there was no discussion as other matters seemed to use up the available time.

The meeting on 28 February 2018 had been cancelled owing to the snow that evening, but club members had made good use of their free time resulting from the cancellation.  We had reports on visits to the Rotary Club of Mosman in Australia, Norwich St Edmunds, the Peacebuilding Conference organised in Coventry as well as visits to the National Citizen Service and to our National Rotary HQ in Alcester.

There were also updates on the Concert being organised by our neighbour Club in Harrow Baptist Church, a possible visit to the Supreme Court in London, and the launch of a new Dementia Clubs UK club in nearby Edgware.  We also heard an update on the film festival being organised through our contact club, Sacile Centenario in North East Italy.

Lastly a Garden Working Party date was set for 24 March 2018 at Northwick Park Hospital, starting at 10.30am.  And with that our meeting was done!