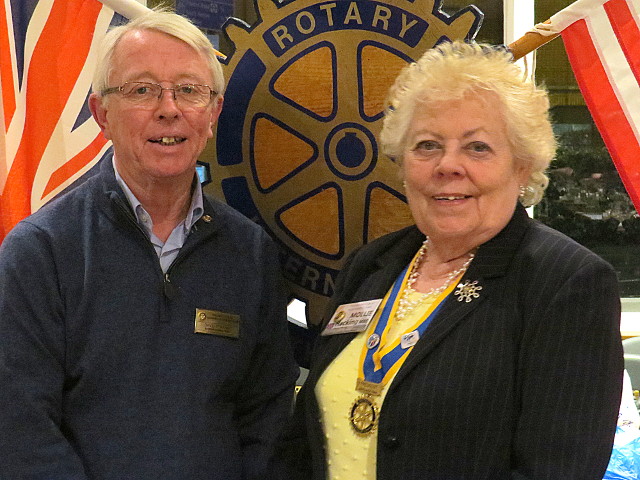 Our speaker on 21 February 2018 was a Rotarian from a neighbouring Club, David Strange, with years of experience with Micro Finance projects.  Before he spoke however we heard about the 40th Anniversary Celebrations of a nearby Rotaract Club, and about the Multi-District Leadership Development Forum – a substitute for the RIBI Assembly.

We then had the promotion of a forthcoming concert at the Harrow Baptist Church with Emily Barker, and accompanist Lukas Drinkwateron on 10 March 2018, and a tree planting event in Heartswood Forest on 8 March 2018.  There is also a problem with our chosen day for the Blood Pressure Testing event, so negotiations continue.

Then David spoke on the experience of the Rotary Club of Hanwell and Northfields working with Lend With Care (www.lendwithcare.org) – a micro finance organisation helping establish credit for small businesses in the developing world.  The numbers presented were impressive.  By adding £30 at a time, their fund has built up to about £800, but by recirculating the fund it has done the work of £2,720.  The club took a decision that it would partially fund many projects rather than place the entire fund with one project.  At present the fund supports 41 projects, but in the past has been loaned to 47 projects – all of which repaid the loan they received.

David described the details of the operation, including how loans are managed locally and  overseas, the element of exchange rate fluctuations and the commission payments.  With so many small parcels, their approach has an administrative overhead for the Club, but also each member of the Club gets a turn (in reverse alphabetical order!) to choose two projects to support.

David also spoke about the dormant Rotary District 1130 group that was set up some years ago, but was never developed.  Other Rotary Districts have got better organised and have raised many times as much for Lend With Care.  There were lots of questions covering interest on the loans, whether the money came from the Club funds or the Charity fund, and how to account for the money if it was only loaned to Lend With Care.

A fascinating talk from an accomplished expert!