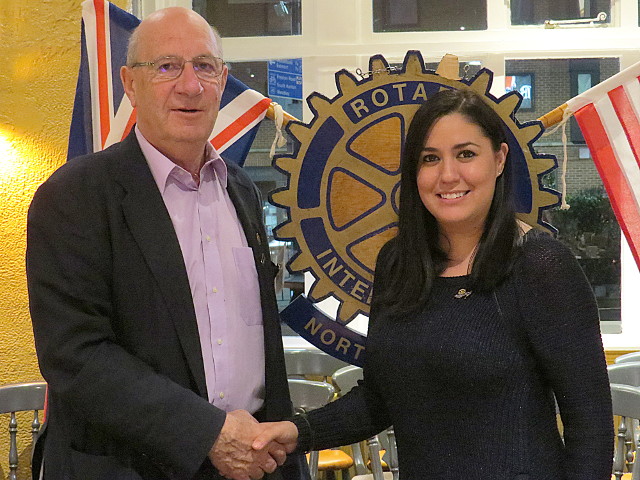 Our meeting on 03 October 2018 was to be a discussion meeting, but by the start of the meeting there was still a decision to be made on the subject.  Whilst the decision was being made, there was an opportunity to catch up on news of our members and former members, and also to discuss the excitements of the previous Saturday when the Club had celebrated its 40th Anniversary. 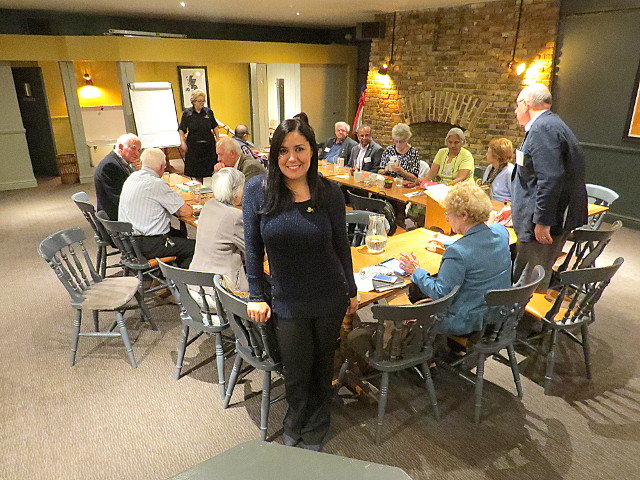 We also had a Rotarian visitor from El Paso, Texas, USA, Diana Chavira who is currently studying for a postgraduate qualification at the University of Westminster.  With two bachelor degrees, and hopefully a masters degree at the end of this year, we wish her every success. Our own Youth Exchange Student, Margot, was also present at the meeting.

We then got to the discussion, and the subject chosen was the High Speed Rail Link being built, initially between London and Birmingham with the prospect of an extension up to Manchester and then across the Penine Hills to Yorkshire.  The arguments revolved around ‘people vs. investment’ and ‘whether a deferred benefit is worth waiting for’.  Before the argument got too heated, the President stepped in and closed the discussion, reminding those present that helpers for the North London Disability Games are required to be on duty from 1.00pm on Sunday 14 October 2018.