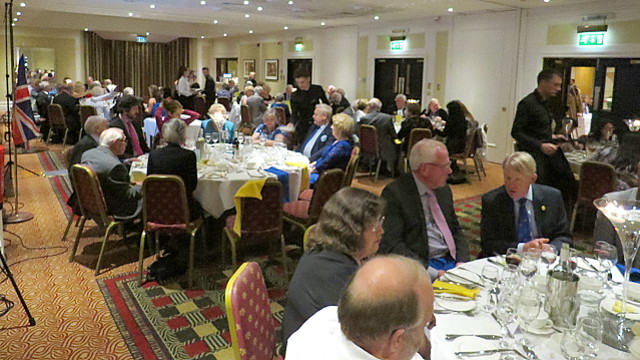 On Saturday 29 September 2018, a large number of Club members, their guests, former Club members and Rotary Dignitaries assembled at the Holiday Inn Hotel on the A1 at Borehamwood to celebrate the Club’s 40th Birthday.

The two remaining Founder Members were joined by three former Founder Members for the occasion, and there was support from 16 other Rotary Clubs and 3 Inner Wheel Clubs (including one in Australia!).

The story of the establishment of the Club was read out – the officer setting up the new Club has now become a member of the Club – and the programmes for the Inaugural Meeting and the Charter Presentation were available on the tables. 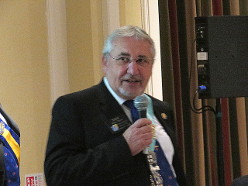 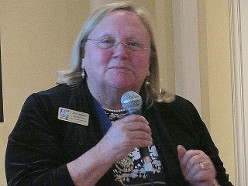 District Governor Mike used the theme from 1978 – “Reach Out” – was used to introduce the Loyal Toast, and the current President of Rotary International in Great Britain and Ireland, Debbie Hodge, presented the two remaining Founder Members with a 40 Years of Service certificate and a Happy Birthday Card for the Club. 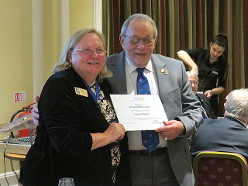 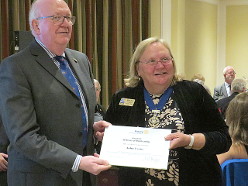 She then gave an address on the subject of the connections people in Rotary make around the world, and how these can reconnect many years later for the benefit of those in need.  Her maxim was always to say “Yes” when asked to perform a Rotary Service, and she urged all present to follow her philosophy. 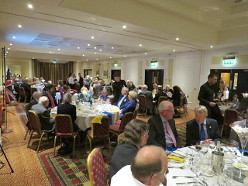 Keith Payne, who had been the District Governor in 1978 then proposed a toast to the Rotary Club of Northwick Park, after making it clear that the Club was his idea!  Past District Governor Sydney Parker then thanked everyone for coming, and thanked those that had organised the event.  And suddenly it was 10:40pm and time to depart!

Please click here to see larger versions of the photos.