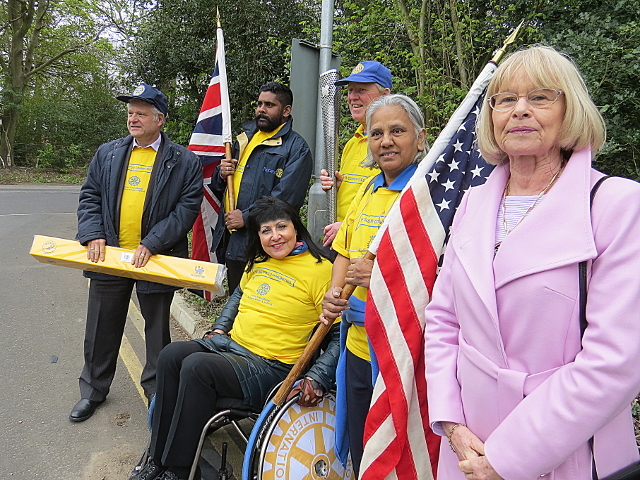 Members of the Club were out in force on Friday 21 April 2017 in support of the Great Britain and Ireland Wheelchair Relay event organised by Rotary with the Charity WheelPower.  The event took place at the Aspire Sports Centre located next to the Royal National Orthopaedic Hospital in Stanmore.

Distinguished Guests at the event included the Mayoress of Barnet, and the Deputy Mayor of Harrow.

Luckily, Helen was able to step out of the wheelchair, but the experience had altered her outlook.

You can see more photos here.