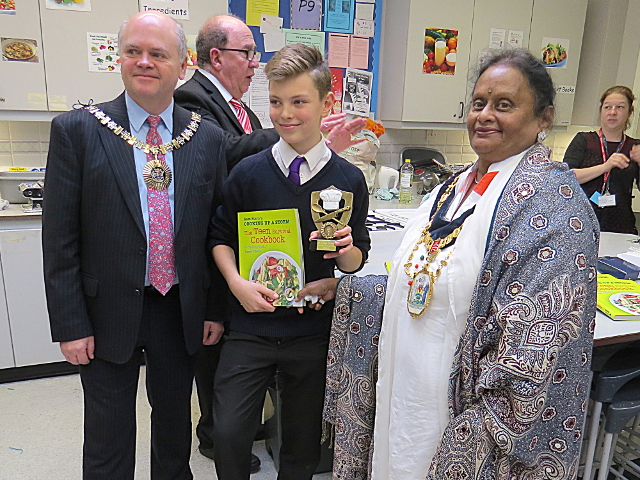 Ten youngsters set about demonstrating their cookery skills, cooking a two course meal for two people with a budget of £15.00.

The youngsters did a phenomenal job, producing meals that would grace many a Central London restaurant. The three judges – two Rotarians with involvements in catering, and a professional chef certainly had their work cut out judging the different main courses and desserts, some of which involved freshly made pasta, some of which involved soufflées.

Our thanks go to the teachers and staff at Park High School for their superb organisation, and for their supervision of the competitors in their production kitchens.

A photo album of the event can be seen here.