The play’s the thing 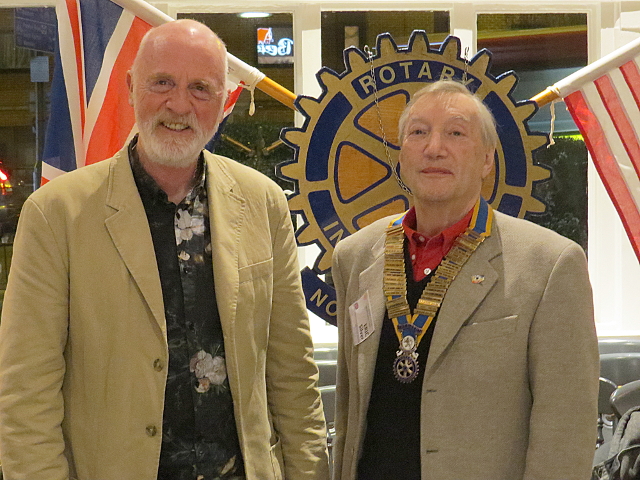 Our meeting on 25 January featured a number of visitors, including our speaker Keith Bartlett and our Assistant Governor Scott.  Scott had come to announce a Wheel Chair event taking place a Aspire, Stanmore on 21 April 2017.  The event will be a relay “race” visiting all the spinal treatment centres in the United Kingdom before arriving in Stanmore, and promises to be a fun day.

Our next Felsted Aid Collection is scheduled for 7 February 2017, so members were asked for the usual toiletries and spare winter clothing.  Then we were told that the London Youth Exchange Camp this July will not be going ahead.  Amongst other issues, it clashes with the Rotary Youth Leadership Award programme, and the same people would have had to be in two places at once.

We then moved on to our main speaker, Keith Barlett, and hence the title of this post.  In Act 2, Hamlet states, “The play’s the thing in which I will capture the conscience of the king” although in our case is was the conscience of Rotary that was captured. Keith had been an actor for some 40 years when he signed up to take a performance of Hamlet around the world. In two years they played the play in 197 countries, often under what can truly be described as extenuating circumstances. On one occasion they arrived to find only a garden with a stage just 10% of the size it was supposed to be! On another they performed to Syrian refugees during a sandstorm!!

On his tour, Keith had met and chatted with Barack Obama at one extreme, and met children too busy finding enough food to live on, instead of being able to go to school, at the other.  And that led to Keith’s closing message with a request for the club to support the charity Mary’s Meals which provides more than one million school children with a cooked meal at school every day. With Keith’s talk and closing message, our conscience was truly captured.