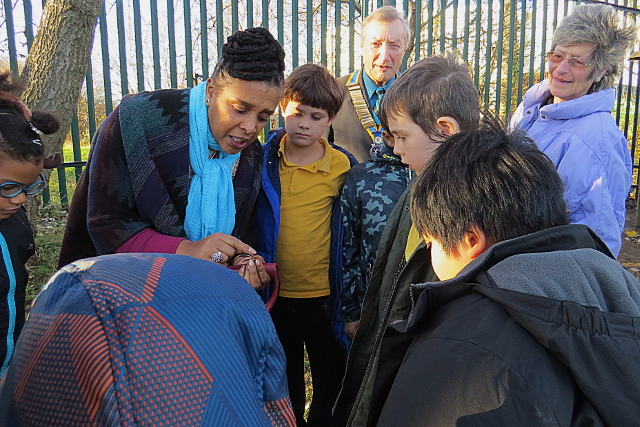 President Eric and several members of the Club went along to the Phoenix Arch School in Neasden this week, to help the pupils plant some purple crocus corms in their play area. Like many local Rotary Clubs, the Rotary Club of Northwick Park have donated purple crocus corms so that there will be a burst of purple in the play area next spring.  Judging from the reactions of the pupils, they have not met crocus corms before and they were intrigued as to what they would do.  Spring must seem an awfully long time to wait when you are only in November.

Why purple crocus corms?  Polio is still a problem in Afghanistan, Pakistan and Nigeria, but the total number of cases since 1st January 2016 reported by the World Health Organisations is just 33. The immunisation teams paint the little finger of children they have immunised with a purple dye so that they know when they have immunised every child.

Rotary Clubs around the world started the Polio Eradication Project in 1985, when there were 1,000 cases of polio recorded every day. In 2016, it has been more like one case every 10 days. In respect of polio, Rotary has made the world 10,000 times better!