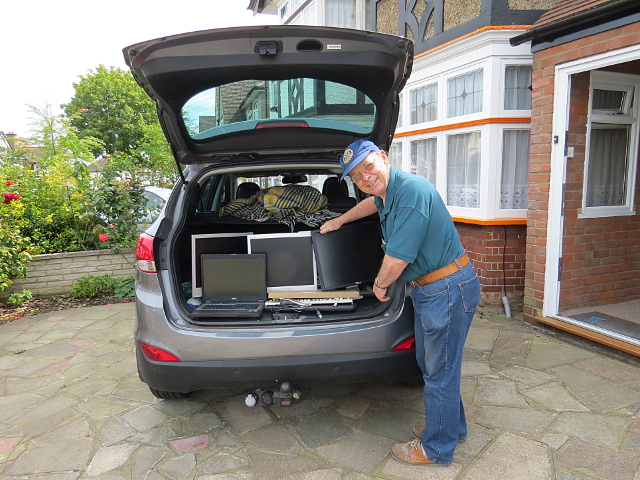 Pictured here is the final load of computers taken by the Rotary Club of Northwick Park to ComputerAid International.

For some 18 years, we have been collecting unwanted, used computers, clearing down the data and then taking them to ComputerAid.  Initially, we started when they were in the Holloway Road in North London, and continued when they moved to Southgate. Requirements for asset tracking in 21st Century mean that ComputerAid are moving to a secure facility in Manchester, and whilst taking a car load of computers to Southgate was acceptable, doing the trip to Manchester is not a practical proposition.

We will look at the alternative possibilities in the coming weeks, and hopefully find an alternative destination, but in the meantime we say farewell and send our best wishes to ComputerAid International.