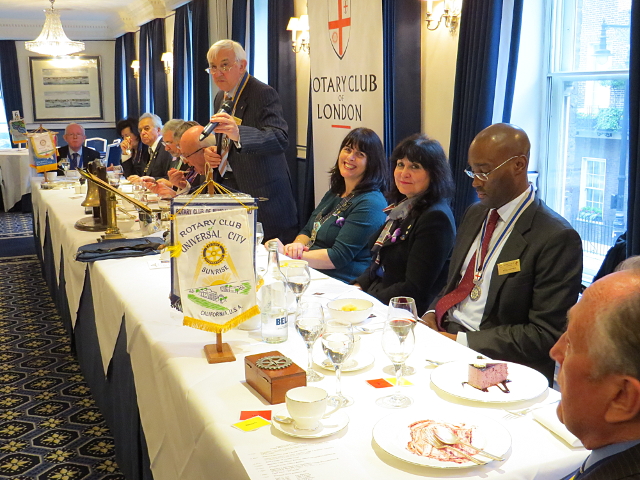 A strong contingent from the Club, led by District Governor Elect Helen (in the dark jacket), attended the Rotary Club of London’s Stanley Leverton Day Lunch on 30 November 2015.

We were delighted that our President was recognised by the London Club as the only visiting Club President from the London District on the day – well done Ritu!  In the past, it was normal for every Club President in London to try and attend the Lunch!

Stanley Leverton was properly recognised for his significant contribution to the development of Rotary in London and in other cities in Great Britain and Ireland in RIBI President Peter Davey’s inspirational speech at the meeting.