Ambulance Takes Off in London 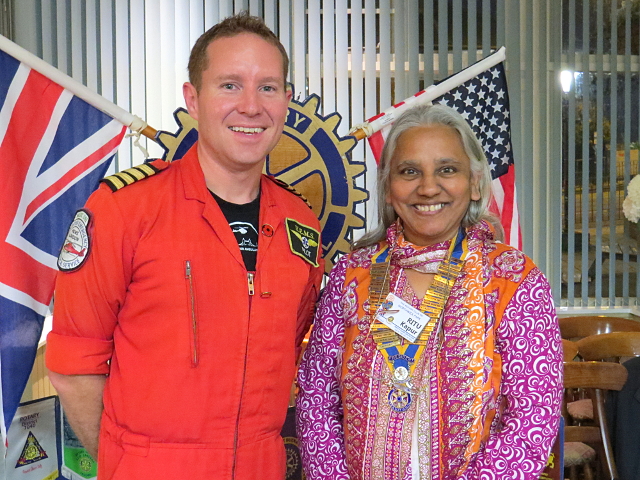 Our speaker at the meeting on Wednesday 28 October was Captain Andy Thomson from the London’s Air Ambulance Charity. Before his talk could begin, there was business to be conducted, which included a celebration of 10 years in Rotary, acknowledgements from supported charities, and a detailed report on our District Conference from June.  There is now a Photo Album for our District Conference at Eastbourne – Click here for the Album.

Now Andy “took the con” and told us about the work of the London’s Air Ambulance, which has been running now for 26 years and specialises in delivering advanced Trauma Care.  Although some of the members of the Club appeared a little “green at the gills”, Andy gave a lay description of the roadside REBOA treatment provided to some patients with pelvic injuries, and the open chest surgery performed at the roadside.

Andy is a London’s Air Ambulance Helicopter Pilot, and his job is to get the medical professionals as quickly as is safe to the person who has been injured.  Based at The Royal London Hospital, he can reach the M25 Motorway surrounding London in 12 minutes.  A similar journey by road, with blue flashing lights, can take 40 minutes.  The first “Golden Hour” after the trauma often determines the outcome. The sorties are all different, and all call for invention and experience in equal measure.  Two pilots fly the aircraft – just in case.

London’s Air Ambulance has purchased a second helicopter which is expected to be operational early next year. It is currently still fundraising as part of its ‘Your London, Your Helicopter’ campaign to sustain the aircraft and extend its daylight flying hours for five years.  At present, the current MD902 Explorer has been offline for the equivalent of 60 days this year due to essential maintenance, requiring the service to rely on their rapid response cars.  The Club is proud to have played its part supporting this aim.

You too can donate to the charity at londonsairambulance.co.uk 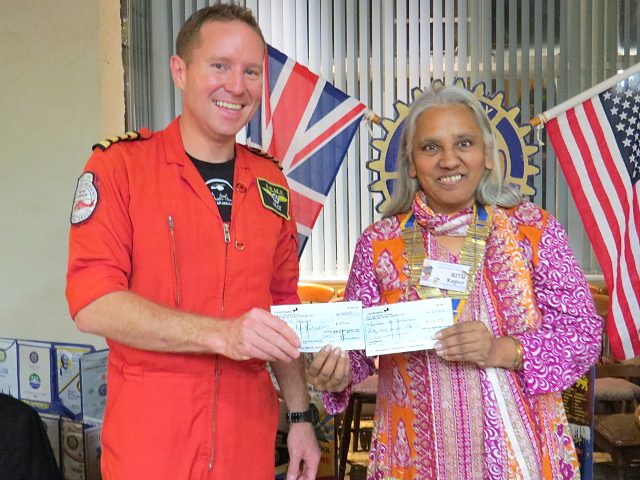