More Clothes for Winter in Ukraine 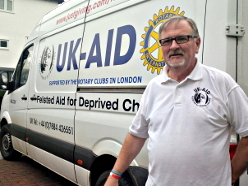 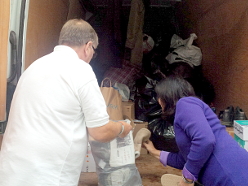 On Wednesday 26 November 2014, another load of winter clothing was despatched from the club for our friends in the Ukraine.

Following a distressing meeting that was recorded on video, during which refugees from East Ukraine described how their life had been before they ran to a safer part of the country. These are a cross section of society, including citizens of quality who had senior positions in businesses and professions – very much like the members of Rotary Clubs here – who had arrived in Chernihiv with little more than the summer clothes they had been wearing when they left the East.

The clothing has come from members of the Club either directly or as a result of a cash donation which has been spent in local charity shops here. They will leave in an extra, unscheduled journey to the Ukraine, organised for early December so that there can be some extra warm clothing for some of the refugees.