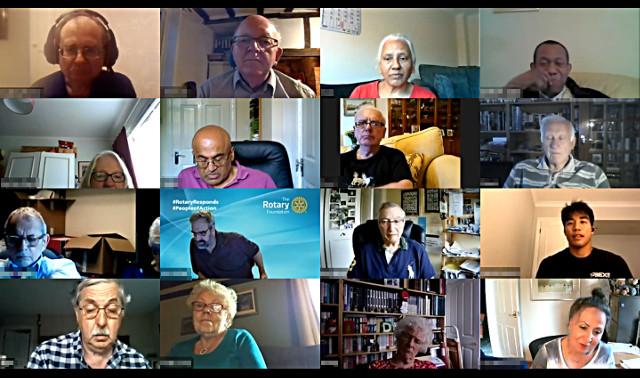 Our speaker on 28 July 2021 was our Rotary Global Grant Scholar, Shusei Kawara.  Shusei is studying at Imperial College in London, and has spoken to the Club before on his topic of bio-engineering.  This time, he updated the Club on his activities, and his plans for the future.

Shusei likes the Great Outdoors, and this year he attempted the 15 Peaks Challenge in which he tried to climb 15 peaks in just 48 hours.  His report on his efforts, and his stunning photographs left us quite breathless.

Shusei plans to complete his PhD in 2023, by which time his work on have been developed from today’s initial ideas.  He is concerned at the proportion of people around the world that will be affected by a brain disease, either as a patient or as a carer.  In particular, he is studying Alzheimer’s, Parkinson’s, Brain Tumours and the various forms of dementia.  He made it clear that these conditions will take a long time for a cure let alone an effective treatment to be found, as the brain has a barrier mechanism that makes it very difficult to deliver a drug based remedy.

We are all enormously impressed with his approach, and wish him every success in finding and developing an effective means of delivering a successful treatment.