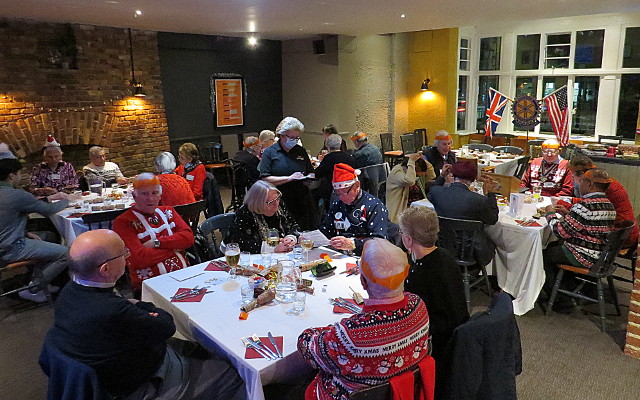 On Wednesday 15 December 2021, the Club’s Christmas Meal was held at the Beefeater Kenton, but with several planned alterations following the announcement that afternoon that the UK had, in the previous 24 hours, experienced the highest case count of Covid-19 in the pandemic so far.

What is normally a party event was conducted in a much more careful and cautious way.  All those present had recorded a negative Lateral Flow Test that day.  Social distancing was observed throughout and masks were worn when people needed to move about the room.

The guidelines announced will have their affect on the Club’s plans for collecting for local charities this Christmas.  However, the Club’s support will be there thanks to the generosity of the members of the Club. 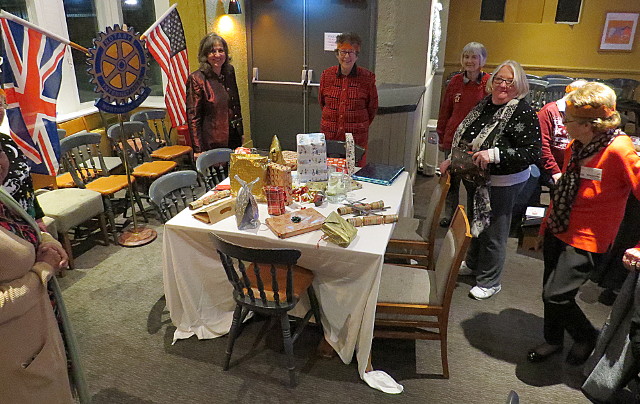 One of the lighter notes during the evening was the Secret Santa event, when the presents were laid out on a table, and members were called up in small groups to take a present that was not the one they had brought to the Secret Santa.

Our next planned meeting will be on 05 January 2022 at Dona Teresa in Hatch End, but the announcements in 10 Downing Street, and record case numbers mean that the event will only be held if it does not add risk to the National Health Service.  2021 has been a difficult year for all of us, and the Club wants to make sure that nothing it does now will carry any difficulties forward to 2022.