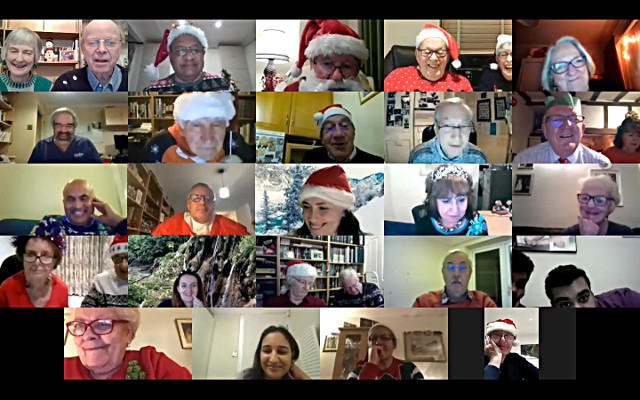 Our meeting on Wednesday 16 December 2020 was our special Christmas Fun Event, but this year without the familiar evening meal, Secret Santa and pantomime.  Fun was still on hand however.

We had a Fun Quiz based on the UK Citizenship Test, where the pass mark is set at 75%.  In deference to the Club Members, the scores have not been published.  We had a simple joke-telling session which demonstrated just how skilful a joke teller in public has to be! There was a round of Bingo, but when all the numbers had been drawn, there was still no winner!

Perhaps the most successful part of the evening was the excellent job done by Mark assembling 25 participants’ individual clips into a music video of a Christmas song – truly a masterpiece of video editing.

There was then a headdress judging competition which eventually produced a result despite the best attempts of the service provider to crash the judge’s internet connection. All told however, the event was a major achievement and the Club thanked those involved for their efforts.  Let us hope that the experience will not prove useful next Christmas!