The Kandy Woman Can 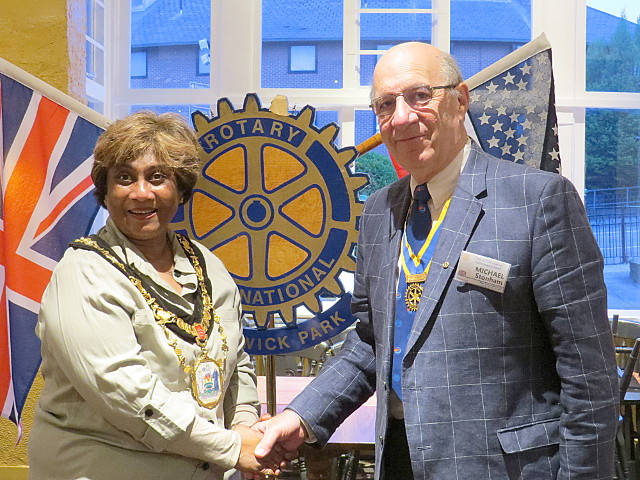 Our speaker on Wednesday 27 April 2019 was The Worshipful, the Mayor of the London Borough of Harrow, Councillor Kareema Marikar.  But before she spoke to the Club we presented the Fellowship Cup to Sydney and Lucille for organising the Club Quiz Night, we heard about a most successful fun day at a tennis club and we received an invitation to a Coffee Morning organised by the Inner Wheel Club of Northwick Park on 27 April 2019. 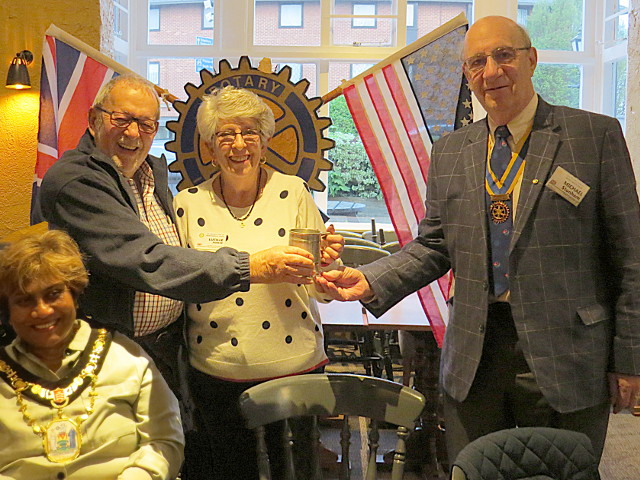 Councillor Kareema grew up in Kandy, a principal city in Sri Lanka where she studied hard and did well.  In addition to her studies, she was also persuaded to participate in the Sea Cadets where she developed self-discipline and determination – two skills which have featured strongly in her life.  On leaving school, she had to choose between Accountancy and Catering & Hotel Management.

Never one to settle for anything less than the best, she found a position with the Queens Hotel, and was there when HM Queen Elizabeth II stayed in 1985 to mark the opening of the nearby Victoria Dam.

Marriage brought her to the United Kingdom, but later on she and her two children were made homeless – an event which led to a career in politics for those who have suffered similar disappointments.  After working as a Labour Party supporter, a career in local government beckoned and for the past 12 months she has been Mayor of Harrow.

Her homeless experience led to her choosing her two charities – Home Foundation, and Rainbow Foundation Childrens Trust.  Kareema took many questions, but the most telling was “What advice would you give a young person?”  Her philosophy was “Work hard, speak from your heart, and let good things find you and come to you!”