All Together Now – Boo! 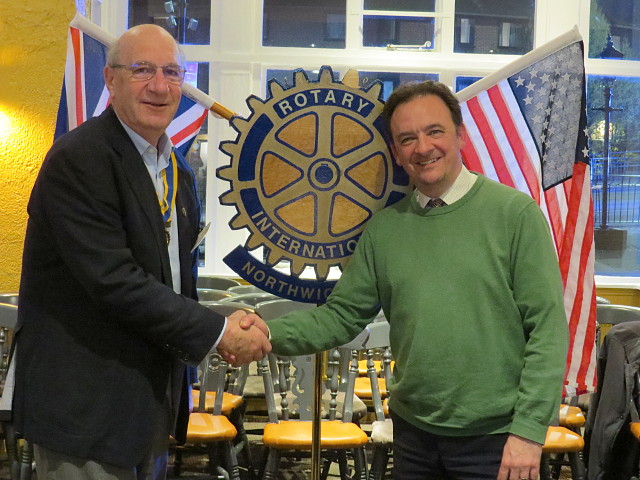 Our speaker on 03 April 2019 was the conductor Lev Parikian, but before he spoke to the Club, we welcomed our visitor from Iceland, Heida Darradóttir (in red below). 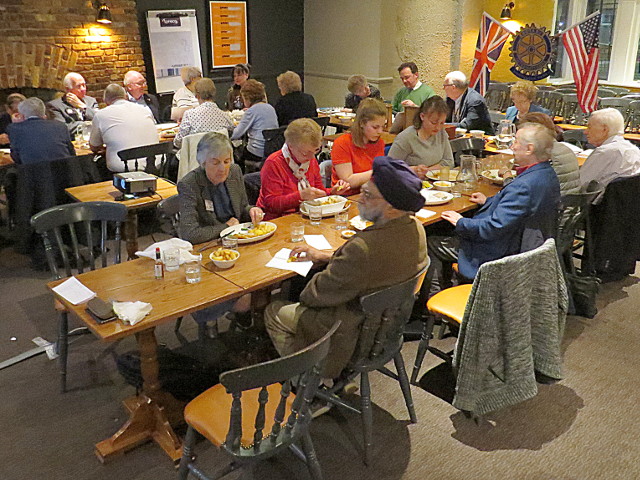 We also heard about our attempt to beat the Epping Club at squash, a planned trip by a member to India, a ‘frugal dinner’ in Norwich and the meeting of the Dementia Club the previous day.  There was also a reminder that the Club Quiz is taking place on the coming Saturday, and a discussion on how best to hold the Annual General Meeting of the Club.

It was then time for our Speaker, Lev Parikian to speak.  He started by demonstrating the difference that a conductor makes, by asking all those present to say “Boo!”.  We were not all together!  He then asked us to watch him as he conducted us, and that time we were all together.  He quickly and humorously described how conductors conduct – and the jokes about ‘fares’ were all there for those that can remember conductors on the buses!

We heard humorous anecdotes on Jean Baptiste Lully and André Previn and much more besides before Lev changed tack and talked about his second ‘bow string’, the disappearance of garden birds.  Ever musical, he even managed to bring in Burt Bacharach, Hal David, the Carpenters, Dionne Warwick, Richard Chamberlain and more besides.  At the end, our own professional musician, Rachelle,  proposed the Club’s vote of thanks for two excellent, funny and interesting talks!

At the end, members were reminded that the visit to Chattertots is now on 30 April 2019 at 10:30am (and not the time previously published).