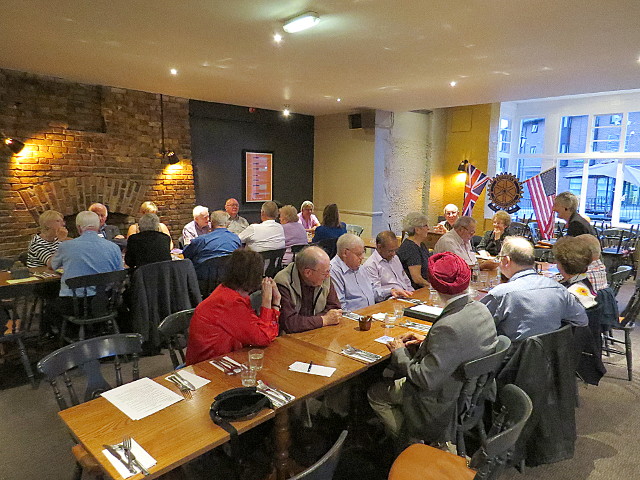 Our meeting on 05 September 2018 was to have been a discussion meeting, but the subject was kept from the members until the very last moment – read on and you will find out why and what happened!

Before the discussion started, we had a raft of good news starting with the health of a former member who had come through two cancer operations, a member who had been given the all clear after a heart scan, a former member who had come through a brain scan following an episode in May, and the reappearance of our member Bob who had been absent for many weeks following his recovery from illness.  We also had two visitors from Canada, our District Membership Chair Shirley, and we welcomed back our Youth Exchange Student Margot who had brought a banner from the Rotary Club of Annecy in France which was duly presented to our club in exchange for our own Club banner. 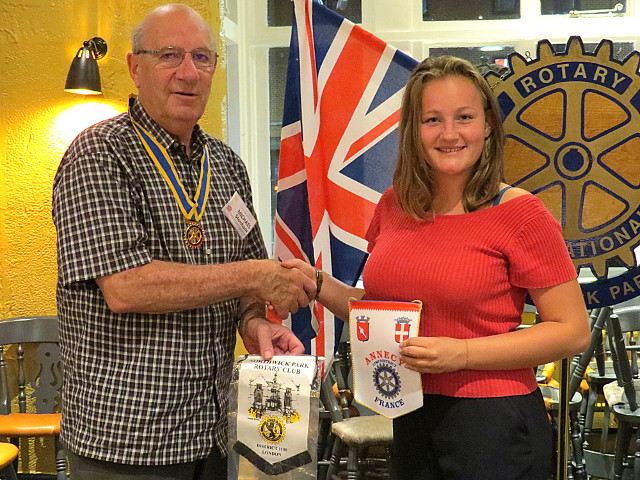 The Club also dealt with the Nomination Ballot for the Rotary in London District Governor for the year 2021-2022 – but the ballot is secret and so our decision is too!

Then we got on to the Discussion Topic – “Should we leave the European Union?” – which was met with an enormous groan.  One member thought that the country should have a European Referendum on the same frequency as we have a General Election, that is at least once every five years.  This idea did not find any support and there was a proposal to end the discussion there!  The meeting closed shortly afterwards to the enormous relief of the members and guests, but not before our Youth Exchange student Margot was elected an honorary member of the Club.