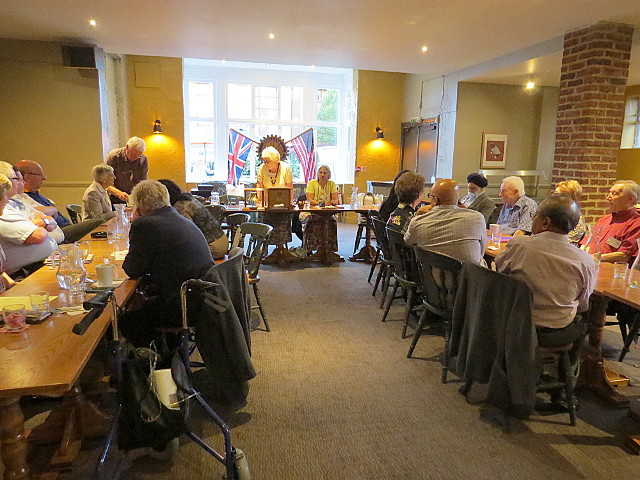 The Club normally divides its Annual General Meeting into two.  The first part deals with the election of the members of Club Council, and the officers for the coming year and that was done at the start of May 2018.

After the usual reports of visits and reports on welfare of the absent members, we heard about the removal of a wasp nest from a member’s spare bedroom, a god-daughter who had chosen the same dress as the bride at a forthcoming wedding and a forthcoming cruise to Dubrovnik as a result of contact a friend of 28 years ago.  The Club’s HUB Editor is also retiring after producing 50 editions of the monthly publication, and a new incumbent is being sought in the Club.

The Club agreed with the proposal to postpone the Club Assembly into the new Rotary Year (‘nem con’) and agreed to postpone the Handover of the Presidency for an extra week (again ‘nem con’).

At this meeting we had the final reports for the year, and the agreement of the subscriptions for the next Rotary Year, starting on 01 July 2018.  However, with the Club Secretary away, and the Charity Fund Treasurer away, the meeting was a little less formal than our usual AGM meetings.  The list of who will be on each committee next year is expected imminently.