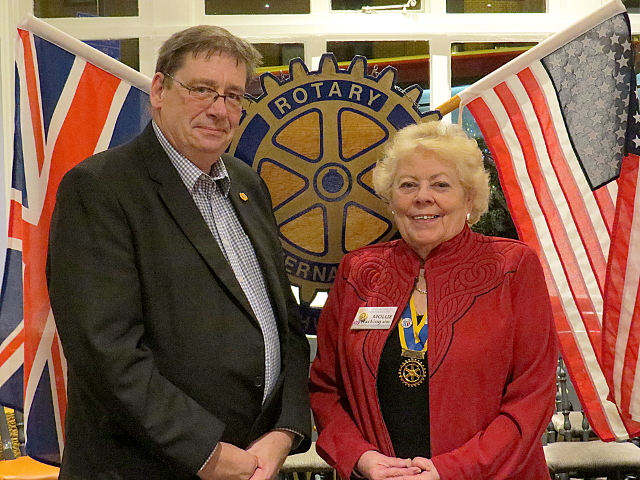 Our meeting on 22 November 2017 featured a speaker from World Child Cancer – Paul Trendall.  But before he spoke to us we had the good news that one of our members would be attending Buckingham Palace the next day for an award ceremony! Sadly our member will not be the recipient, but will be there in a supporting role.  We also heard about a visit to a Civic Dinner and a visit to a Sugar Beet factory in East Anglia.  The Bagel Brunch had been a success too, raising just over £345 for the Rotary Foundation, and the Metropolitan Police Choir concert had raised approximately £1,000.

World Child Cancer only operates in nine developing countries where child cancer is an almost certain terminal diagnosis.  Whilst the cancer survival rate in the developed world is now about 80%, in the developing world, for a child, it is closer to 10%.  There, a child is dying every three minutes.  We heard of a child cancer ward in Bangladesh where the only pain relief came from paracetamol.

World Child Cancer works through Five Points of Focus – Awareness, Access to Treatment, Monitoring Survival Rates, Provision of Palliative Care, and Long Term Sustainability. It would be a mistake to concentrate just on the drugs for cancer treatment as often the mother and all the children in a family have to attend the hospital for the treatment of the one child.  That means funding is required for travel, for accommodation, for food and for schooling of the healthy children, whilst the sick child gets medical attention.

The drugs supplied through World Child Cancer are generic drugs, and so they are much less expensive than their branded equivalents here.  Paul described that they may be harder to tolerate, but the recipients are glad to receive them.  He described that a course of chemotherapy can be delivered in Ghana for £50.  That led to a list of ways that people can help, starting with £5 and going up to £5,000.

Paul is an accomplished speaker whose message really struck a chord with the members, who spontaneously decided to purchase a course of chemotherapy for one child.