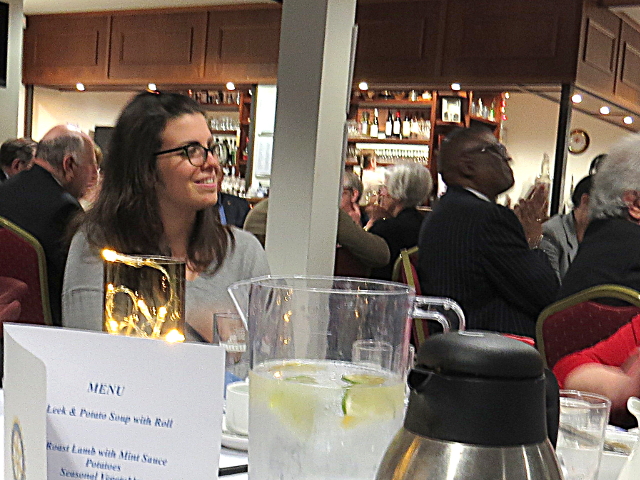 Some 21 Rotary Global Grant Scholars, including our Scholar Teresa (above), made their way to the Radlett Cricket Club on Monday 13 February 2017 for the Annual Scholars Dinner.

With their rigorous schedule of Seminars, Tutorials, Lectures and Assignments, not all of the 30 Scholars could make the event, held in Hertfordshire, but each of the Scholars were welcomed in their own language by Rotary Club of Radlett Host Nigel Rogers.  Scholars were present from Canada, Germany, Italy, Japan, South Korea, New Zealand, the USA and several other countries besides.

The Scholars returned to Central London at the end of the evening, and to their programme of studies.