Scholars Night Out at Radlett 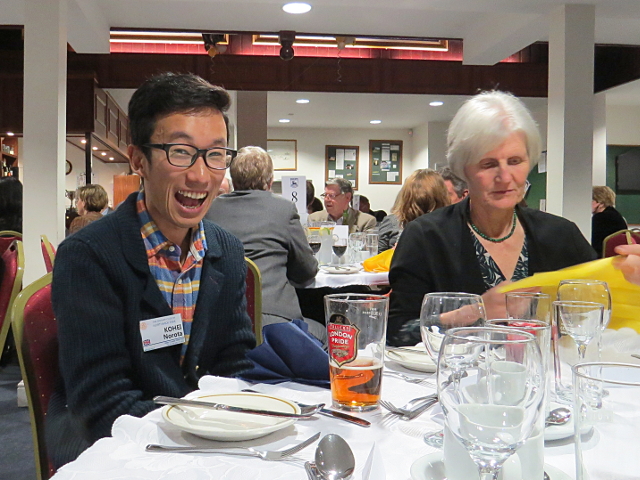 On Monday 16 February 2015, very nearly all the Rotary Scholars studying in London made their way to the Radlett Cricket Club where they were hosted by the Rotary Club of Radlett at the Annual Scholars Dinner.

Our scholar, Kohei had a most enjoyable time, meeting up with his colleagues once again, and each of the scholars was invited to say a few words.

A member of the Rotary Club of Radlett attempted to welcome each of the scholars in their own language, but his list showed several as coming from Wales (instead of New South Wales?) and the Welsh language “noswaith dda” proved too difficult for him. 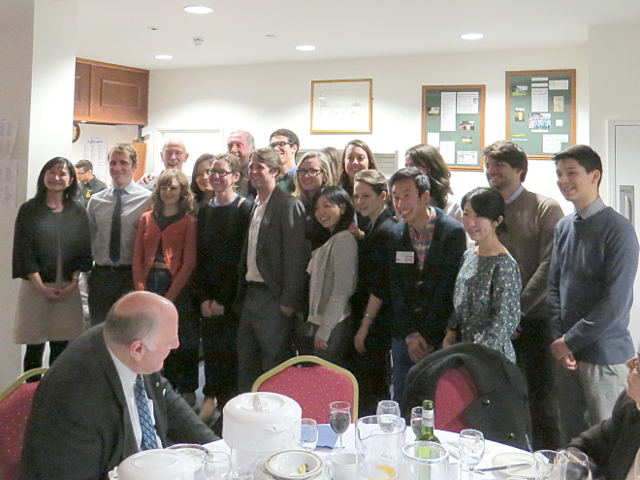 District Governor David Palmer was there too, and entertained us with news that two scholars have decided to “tie the knot” – fantastic news so close to St Valentine’s Day!

It is now back to work for the scholars as they prepare their essays, revise for their examinations, and discuss their dissertation topics with their tutors.