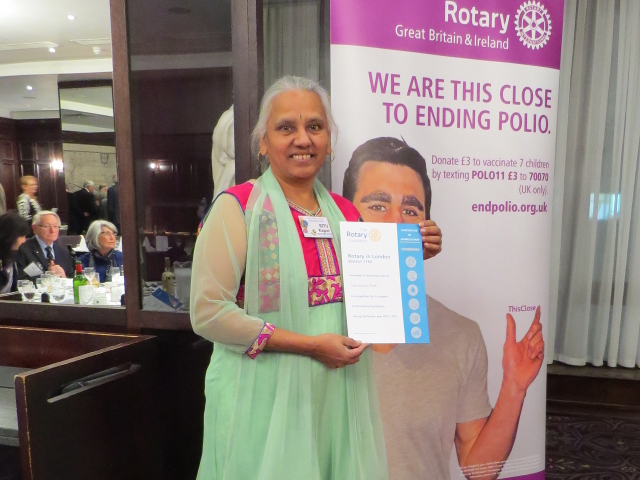 At a dinner in central London on 24 November 2015, our Club President, Ritu Kapur, was called forward to receive a special Commendation Certificate from the Rotary Foundation in recognition of our work and support.

Very nearly 100 Rotarians from all over London came to the Imperial Hotel by Russell Square for the dinner to recognise the support given by London Rotarians to Rotary International’s own charity, The Rotary Foundation. 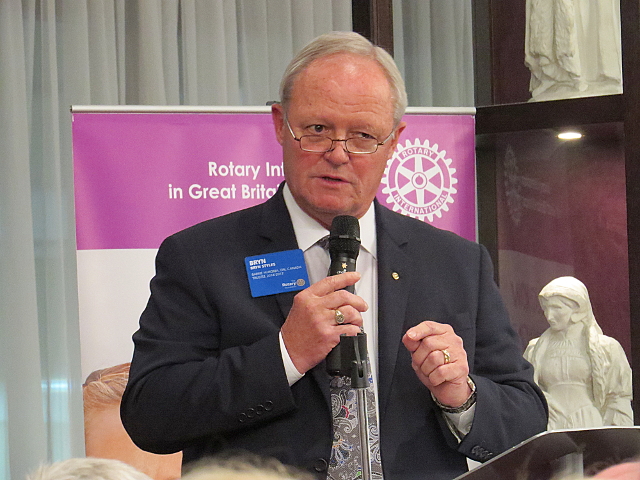