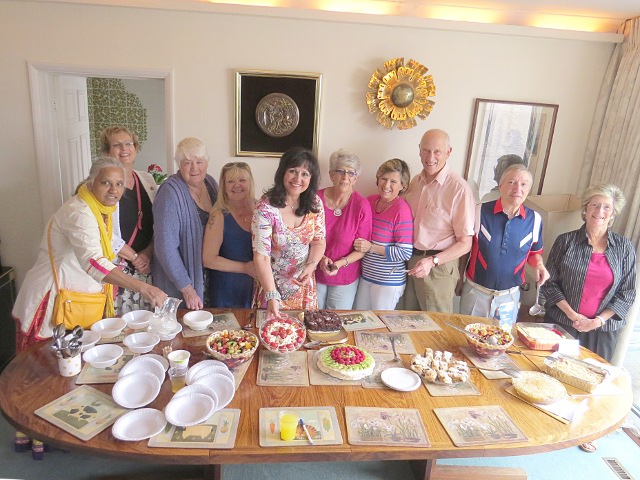 More than 40 assembled for the Rotary Club of Northwick Park’s Annual International Lunch on Sunday 16 August 2015, and in the process raised nearly £500 for charity.

Each member and their guests paid a small entrance fee that covered soft drinks and the meal, and with a raffle of prizes brought by the members, the overall proceeds came very close to £500. The money will be used for International Projects either carried out directly by the Club – for example supporting refugees in the Ukraine, or through Rotary supported charities.