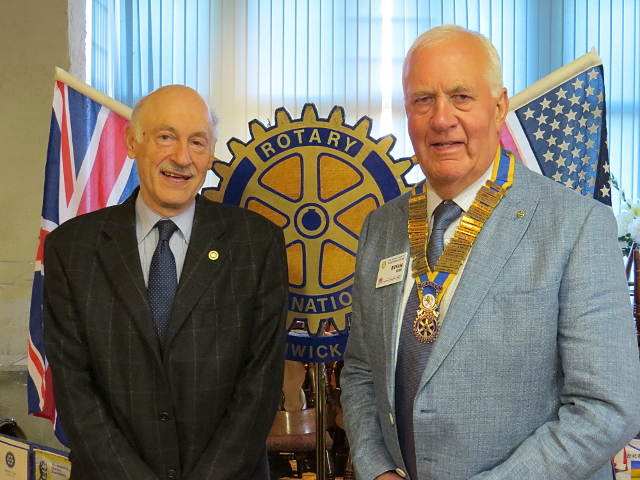 The Australians have a reputation for being interested in sport, so they may have had a treat with our speaker, Stuart Nagler from the Rotary Club of Radlett, whose subject was “The Greatest Sports Person Ever”.

Stuart, who has had a sporting career of his own, ran through a list of sports, citing the leading proponents in each sport. Some he thought were questionable sports – darts and snooker for example. Other sports were completely missed – for example tiddlywinks!

In the end he settled on his choice of the greatest sports person ever, and produced an amazing set of statistics and achievements. Even those with little experience of sport in general, and less of the sport in question, were impressed with the numbers that marked an outstanding career.

So who was it? We know now! But if you want to know you will have to get Stuart along and speak to your Club!