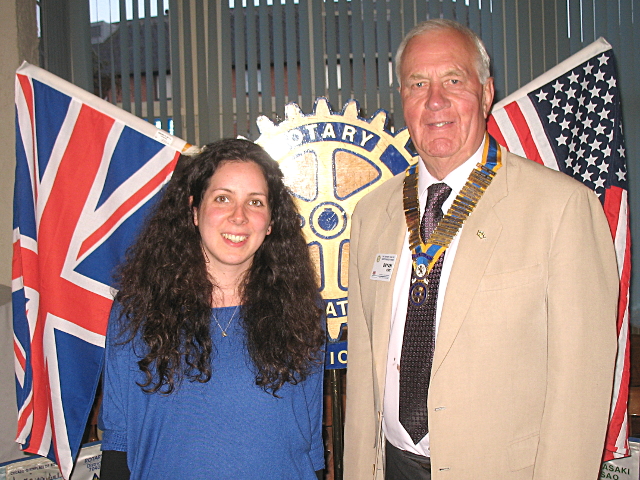 Our speaker on Wednesday 29 April 2015 was Melanie Boda who came to a meeting with our partners to talk about “Electric Umbrella”.

Melanie started by explaining the name. They wanted something that would attract enquiring minds and be memorable. After some ‘brainstorming’, the preferred name was “Electric Umbrella”, and that was the name chosen for the organisation.

Electric Umbrella is an activity group for adults with disabilities. The members of the group chose their first activity as a Music Project, and the whole group, with the help of a professional musician Tom Billington, created a CD. Performances followed and a show with 300 in the audience was put on at Watersmeet just 12 weeks after starting the group.

Three Rivers Council were so pleased with the benefits brought to the community by the group that they funded a second 12 week period. After the pump-priming funding, the group is now operating independently. They are supported by MENCAP, who provide rooms where the group can meet and rehearse, and the number of sessions being run is now growing. Financial support also comes from Kickstart, the on-line fundraising tool. Support for the group’s activities also comes from their appearances in lots of local locations, including supermarkets, where they promote their CDs.

Melanie still leads the group, having studied Interactive Art before taking a Masters in Art Therapy. She is now married and has a small child to care for as well as the Electric Umbrella group that she started. An inspiring talk that moved the Club!