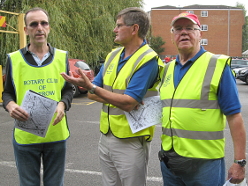 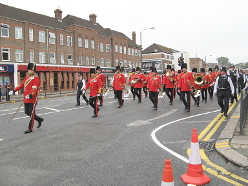 The Rotary Club of Northwick Park was on duty on Saturday 20 September 2014 for the Freedom Parade in Harrow. The parade served the purposes of marking the 60th Anniversary of the establishment of the Greater London Borough of Harrow, celebrating the safe return of 131 Independent Commando Squadron Royal Engineers after a tour of duty in Afghanistan, allowing those with the Freedom of the Borough to parade, and commemorating the centenary of the start of World War I.

The parade was led by the spendid Band of the Royal Engineers, supported by the Glen Trew Pipe Band (recovered from watching the results of the Scottish Referendum earlier in the week and in super form). Also on Parade were units from local Army Cadets, Sea Cadets, Air Cadets, Police Cadets, Scouts and Guides and others.

The parade also marks 60 years of Harrow being an independent borough within the Greater London area as well as commemorating the centenary of the start of World War I. 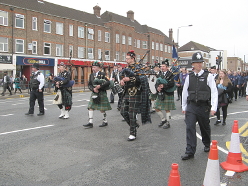 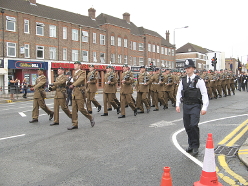 The Rotary Club of Northwick Park provided parade marshals, handing out literature on the route and timings of the parade, answering questions from the public, and supporting the police officers brought in from other areas of South East England who were lacking a little local knowledge.