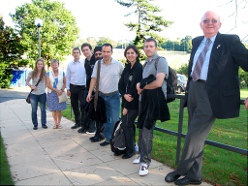 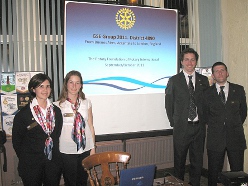 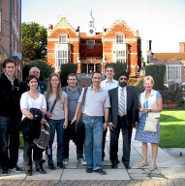 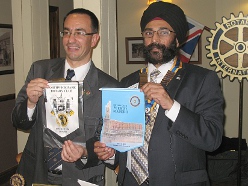 Earlier in the day, the Club had taken the team and our Ambassadorial Scholar on a tour of Harrow School (founded in 1572) which they found interesting.

The presentation closed with the usual exchange of banners.