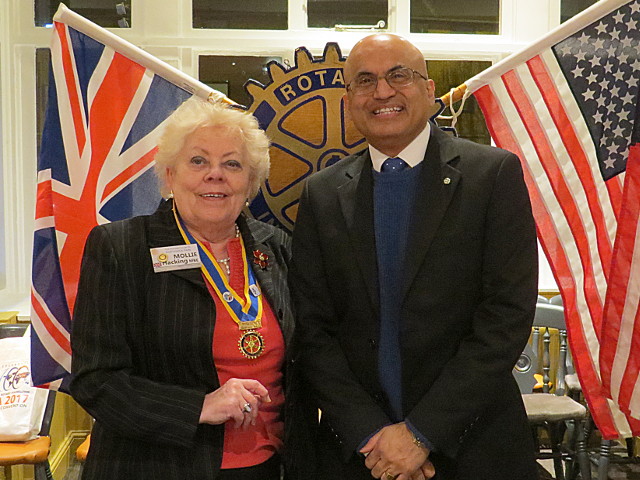 Our speaker on Wednesday 31 January 2018 was to be The Worshipful the Mayor of the London Borough of Harrow, Cllr Margaret Davine, but she fell ill just before her visit and ended up in hospital.  All the Club wish her a speedy recover.

Our member Pankaj stepped up at short notice and gave us a talk on his trip to China in 2017 to conquer the Great Wall of China.  Before he spoke, we heard about an invitation from our contact Club, Sacile Centenario in Italy, for their silent film festival in October.  We also heard news of the many visits Club members had made in the past 7 days, and that the Club had made a decision in time to take advantage of the government’s offer to double up our £300 donation to Water Aid.

Then Pankaj described his fundraising trip to walk the Great Wall of China – well just a small part of it because the whole wall is more than 13,000 miles long and he only spent two weeks in China.  Pankaj was with a group of about 30 volunteers from the National Society for the Prevention of Cruelty to Children (NSPCC), and each was given a fundraising target to achieve before they could take part.  The group stayed in lodges and hostels when walking and would aim to walk from about 8am to 4pm each day for 5 days.  The total distance walked (horizontally) was about 50 – 70km, but the up and down distance was probably as much again!  Not all the path is in good repair as you can see below, but the signs were helpful. 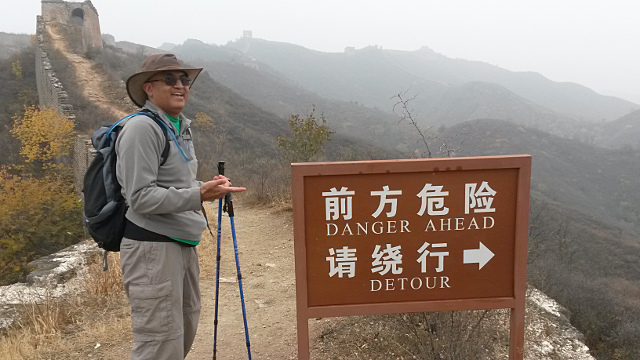 After the Great Wall of China, there was a trip to Xi’an to see the Terracotta soldiers, and a trip to Chengdu in Sichuan province.

Also at the same meeting, the Club presented a Certificate to our Honorary Member Melvyn recording the trees the Club had planted in the Pestalozzi Village Forest in Sedlescombe, Sussex. 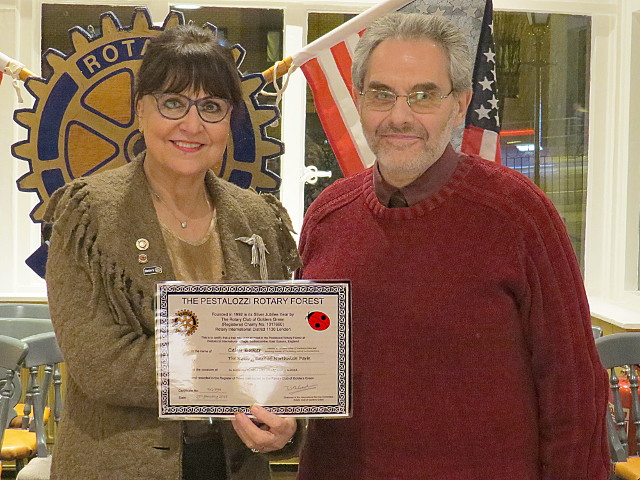