Debate On The Week’s News 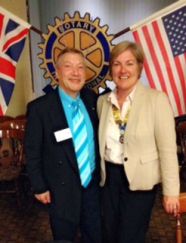 On Wednesday 16 October,  Eric Silver led a debate at the club on the news of that week.

Many subjects were covered including the recent Royal Mail privatisation sale and the two fourteen year old Muslim pupils who were suspended from their school for contravening the school rules by growing beards.

A lively debate was held with many different views coming from members of the club.