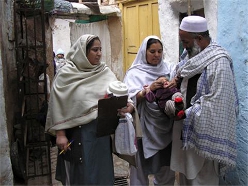 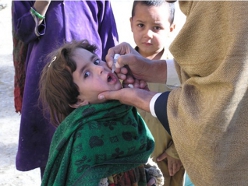 Rotary International joins the Government of Pakistan and our partners in the Global Polio Eradication Initiative in condemning the recent attacks hat have killed and wounded health workers in Pakistan.

The shooting victims are among the thousands of health workers and volunteers — including members of Pakistan’s 151 Rotary clubs — who are committed to saving children by stopping the transmission of polio in Pakistan, one of three countries where the crippling virus remains endemic.

The attacks prompted the Government of Pakistan to temporarily suspend the vaccination campaign due to concerns over the safety of health workers. Rotary is deeply concerned that such attacks deprive at-risk children of basic life-saving health care services, including polio vaccinations.

I know that Pakistani Rotarians, supported by Rotary members worldwide, will continue to do their utmost to create a safe environment so that these dedicated health workers can reach the nation’s most vulnerable children with vaccinations and other vital health interventions.

Polio eradication has been Rotary’s highest priority since 1985, and we are on the brink of making history by beating polio once and for all.

On behalf of Rotary’s 1.2 million members, representing 34,000 clubs in 200 countries and areas, I extend our deepest sympathy to the families of the victims. Their dedication and sacrifice further inspire us to continue moving forward toward our goal of a polio-free world.