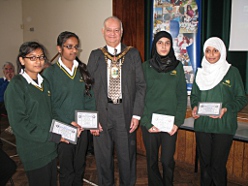 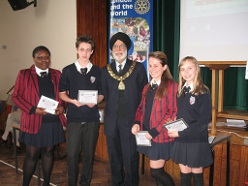 The pupils had a great time designing, prototyping and making their machines and only one machine completely failed to operate for the judges. The winning Basic team came from Bentley Wood High School for Girls, and involved a box with two measured coin-stacking tubes. The winning Intermediate team came from Mill Hill County High School, who also won the prize for the most innovative design. During testing, a card covered their sorting mechanism so that noone could copy their design!