Another Success for Harrow Homestart! 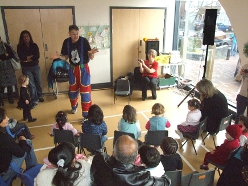 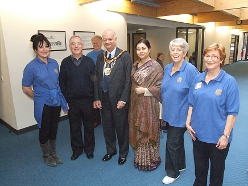 On 14 December 2010, in addition to our collection duties at Morrisons Supermarket in Hatch End (see above), we also ran a Christmas Party for Harrow Homestart, an organisation for some of the disadvantaged people in the London Borough of Harrow. As well as preparing an enormous buffet lunch for both the children and their parents and/or guardians, the Club also provided a professional entertainer to keep the children busy for an hour! Our Guest of Honour at the party was The Worshipful the Mayor of the London Borough of Harrow, Councillor Asad Omar, who is an honorary member of the Rotary Club of Northwick Park. He enjoyed his visit very much and was pleased to see so much being done to ensure that the children had their own Christmas Party. Well done to the whole crew from the Rotary Club of Northwick Park who made the entire event possible and so successful! Our thanks also go to Trinity Church, Hindes Road, Harrow who provided their