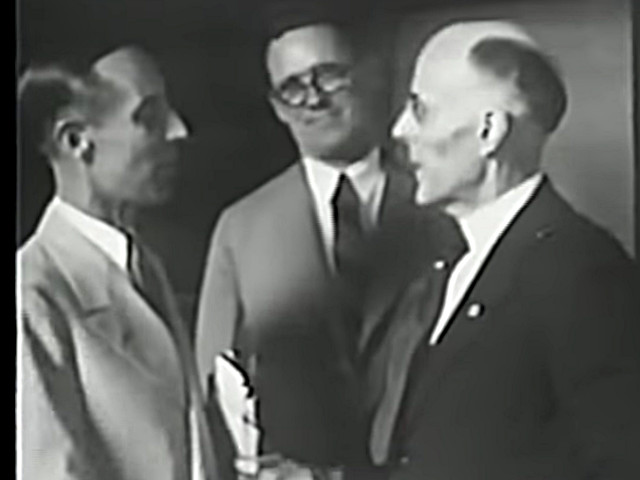 Our meeting on 24 June was an on-line meeting of the Club with a speaker on the subject of Room 711 and what had happened there.

All Rotarians learn the importance to Rotary of 23 February 1905 when the first Rotary Meeting was held in Room 711 of the Unity Building in downtown Chicago.  But our speaker for the evening, our own member Dick, had been delving through the archives at Rotary HQ, through Wikipedia, and had been helped substantially by the Rotary Global History Fellowship Web Site.

In a talk illustrated with maps, street views, the virtual recreation of Room 711 in the Rotary HQ in Chicago, and with cine film from 1918, he was able to create the atmosphere of the early days of Rotary.  The first Club to be formed was that club from 23 February 1905 which later became the Rotary Club of Chicago (Club Number One).  But for more than 20 years until the 1920s, it had claimed that it had been started nearly a year before!

This was a light-hearted examination of historical records, including Rotary’s response to the Spanish Flu pandemic of 1918 when Rotary had created the “Rotary Round Table” because the Clubs had not been allowed to meet normally.  Now that does sound familiar!