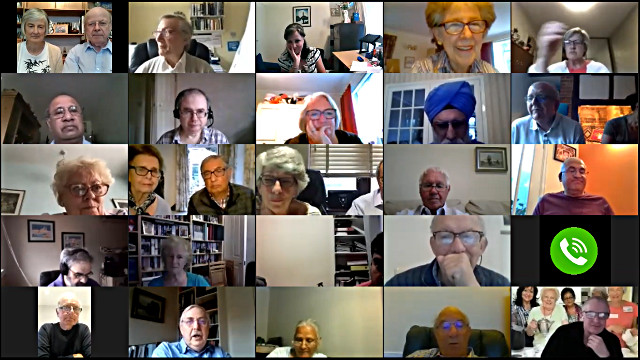 The on-line meeting of the Club on 03 June was the Annual General Meeting.

With a good turnout – 30 people took part – there was plenty of good humour, and even a dog managed to take part at one stage!  The reports were received before the meeting which worked well and saved a lot of time.  The four honorary members were re-elected, and the service chairs for 2020-2021 were elected to the Club Council:

District Council Representatives (Siva, Andrew) and alternatives (Lucille, Pushi) were also elected.  And the whole event was completed in less than a hour.  Next week will be the Club Assembly meeting.