Business but not ‘business’ 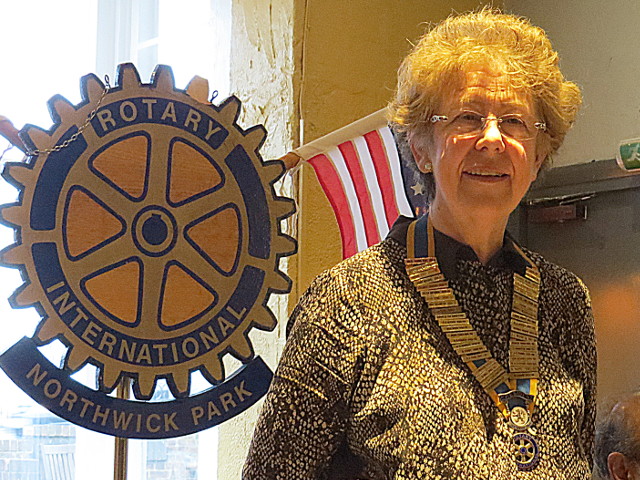 Our meeting on 10 July 2019 was our first business under our new Club President Rachelle and it was definitely different from the sort of business meetings we have had in the past.

We picked up on Visits to other Clubs, and then there was a detailed report on the events under the Fêtes de Gayant in our twin town in North East France – Douai.  Boards were then circulated for some forthcoming events – including the President’s Tea Party.  The Treasurer provided a financial analysis and then the meeting was interrupted with a phone call made to our venue from Welwyn Garden City, asking if we were still doing the bottle-tops project for London’s Air Ambulance.  They had seen our web page on the project on our website and their current re-cycler has stopped doing them!  We gained a new collector of bottle-tops during the meeting!

The first new edition of the HUB bulletin had come out and would be circulated to our Friends and Honorary members.  We then had a first (for a very long time).  The President had prepared a Membership Report so that the members knew exactly where we are on Membership, and there were ‘questions’ to be answered from the floor!  Comments were passed on the number of Sustaining Members for the Rotary Foundation as well.  At least we know what is going on.

The Foundation projects, the Pinner Show, the Blood Pressure Day and the possibility of a grant-driven defibrillator project was discussed.  We then planned our Public Image activities to be run as part of the project.

This was a positive and interesting meeting – definitely a change for the better!