Visitors to the fore 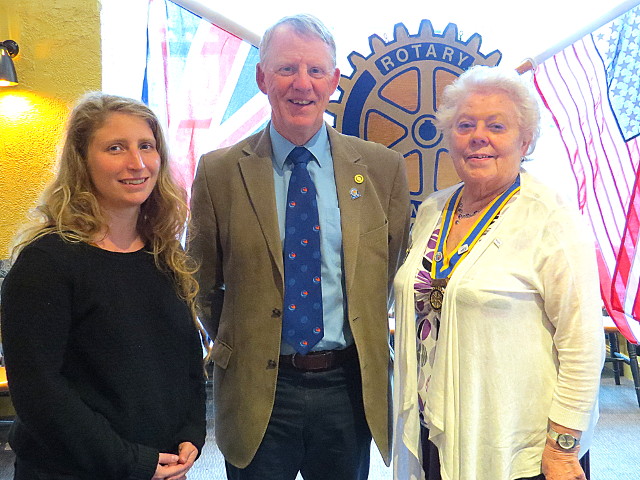 Our meeting on Wednesday 13 June 2018 had two distinguished visitors.  Firstly was our Assistant Governor Scott who had come for the Club Assembly (centre), and secondly our Rotary Global Grant Scholar Lauren who had come to say farewell to the Club (left).

With a record number of apologies and absences through ill-health, the Club was somewhat depleted in numbers.  A quick head count was required before the meeting started, and after establishing that we were quorate, the meeting got under way. 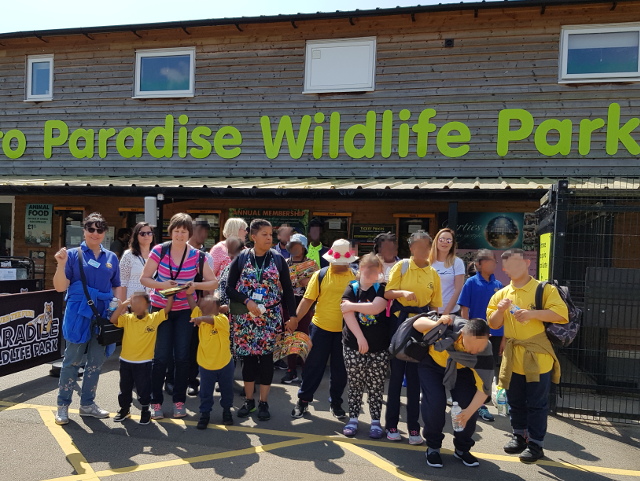 There were reports on the Kids Out Day outing to Paradise Wildlife Park where our Club met members from Bush Hill Park, Southgate, and Loughton Buckhurst Hill & Chigwell (which is just one Club!). 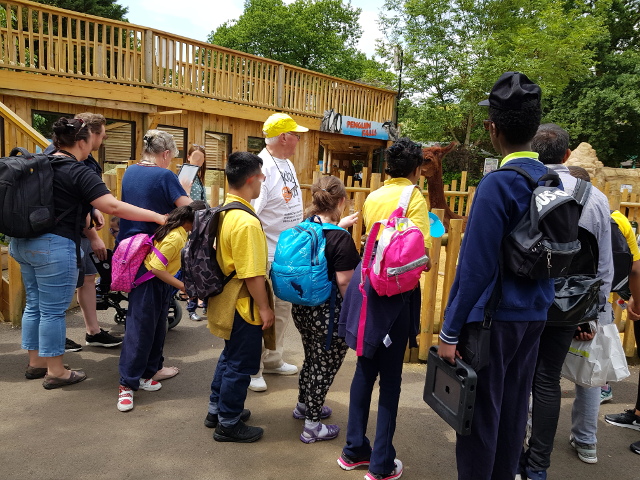 The Park is getting much bigger, and new animals and new attractions were reported, including a Llama being shaved (or should that be sheared!).  Overall the day had been a big success.

Scholar Lauren thanked the Club for the friendship and support she had received over her year in London.  We are all eagerly awaiting her exam results in July, and we all wished her well in her job searching efforts, wherever they may lead her.

We then discussed the consequences of the Venezuelan Volcano tragedy.  The Club agreed to make a donation of £300 to the Rotary Charity Fund being collected by the London District.  The resolution was voted for unanimously!

Lastly, Assistant Governor Scott spoke about some forthcoming events including a Hoe-Down in Stanstead Abbots, and the District Handover in Central London.  He also talked about his recent adventure with the Jubilee Sailing Trust in the Orkneys.

Next week, several members of the Club will be making their way to the Convention in Toronto, so perhaps we will have some Canadian News to report!