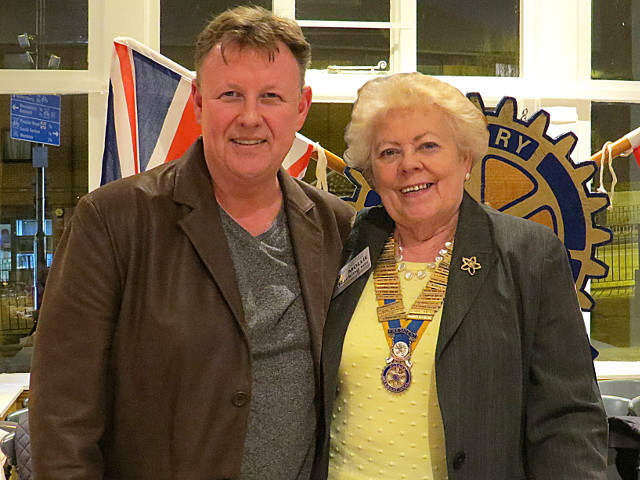 Before he spoke on this serious subject, we heard about the health of one of our members, about a meeting with District 2080 in Rome at their District Assembly, the progress with the Dementia Club and the District Sports Dinner on 22 May 2018.

It was then Graeme’s turn.  He had brought 2 videos which, using actors, showed the signs to look for and how to get the help that is needed to stop the insidious modern slavery found particularly in horticulture.  The figures were alarming with an estimated 30,000 modern slaves working in Great Britain at any one time.  There are many workers here from the European Union and from further afield who are perfectly entitled to live and work in our country.  Where people need help to travel and do not have much English, they are potentially vulnerable to the illegal Gangmasters who charge for travel, for accommodation (but never provide a front door key), and for finding them a job – up to 80% of the immigrants monthly wages are taken every month – whilst holding on to their passport or ID card, and holding on to their bank account card.  The cases Graeme has worked on were alarming and there were many questions at the end of his talk.

For most people, it is difficult to know what to do.  But following Graeme’s talk, our Club members now know what to look for, know some of the questions to ask, and where help is available  to tackle this very troubling and sensitive problem.  Other Clubs are recommended this talk most strongly.