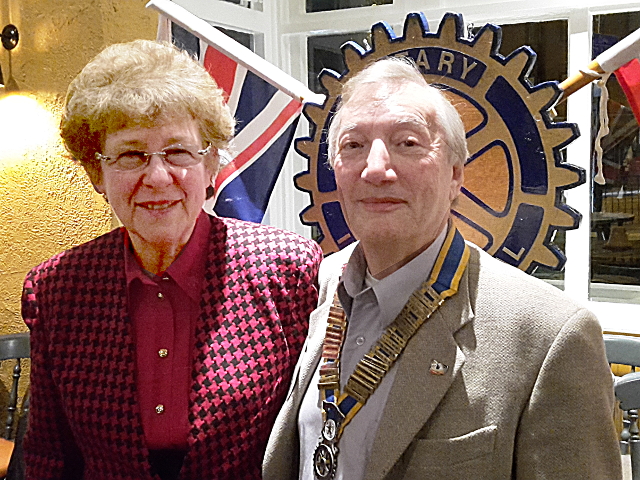 Before our speaker addressed the Club on Wednesday 26 April 2017, we had several important announcements concerning club events.  Firstly we had a report about a future speaker – Lily Blythe, a musician who will visit the club on 17 May 2017.  Then we had a report on our “Know Your Blood Pressure” day at Morrison’s Supermarket in Hatch End. Lastly, the date for our summer quiz has been set as 17 June 2017, and the venue will be the Pinner Parish Church Hall.

Our speaker on the evening was our own Rachelle Goldberg, a local girl who had studied piano and violin, and who teaches music to local youngsters.  But music lessons were not the main topic – that was Livery Companies and Liverymen.

The Worshipful Company of Musicians does not have its own hall, but hires other companies’ halls, many of which are very beautiful.  The company awards some 40 prizes a year to ‘Yeomen’ who visit schools to give concerts, and encourage musical activities in schools.  The ‘Yeomen’ can also enter their own competition – the Prince of Wales Prize – with a first prize valued at £10,000.

Rachelle became a Freeman of the City of London, and then became a Liveryman after being nominated by the Court of Assistants (board of directors) owing to her outreach work in schools.  The company supports classical musicians, jazz musicians and many forms of popular music too.

This was a fascinating talk about a little known aspect of the City of London, delivered in an accessible and enthusiastic fashion.  Well done, Rachelle!